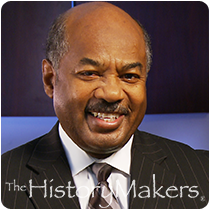 "What You Put In is What You Get Out"

Broadcasting CEO Gregory Davis was born in Fort Smith, Arkansas in September 24, 1948. He received his B.A. degree in biology from Lane College in Jackson, Tennessee. After serving in the United States Army, he returned to school and earned his master’s degree from Eastern Michigan University.

Davis then began a twelve-year television career that took him to a number of major cities, including Chicago, New York, Los Angeles, San Francisco, and Detroit. From 1982 to 1986, he worked as a National/Local Sales Manager of Multimedia Broadcasting for WLW-TV in Cincinnati, Ohio. He began his company, Davis Broadcasting Inc., in 1986, when he acquired radio stations in Columbus and Augusta, Georgia. He later purchased stations in Macon, Columbus, and Atlanta, Georgia, as well as in Charlotte, North Carolina. In 2000, Davis sold the radio stations in Charlotte and Augusta to focus on building his operations in Columbus. Davis Broadcasting Inc. comprises ten radio stations based in Columbus and Atlanta, Georgia: WFXE-FM, WEAM-FM, WIOL-FM, WIOL-AM, WOKS-AM and WKZJ-FM in Columbus, and WCHK-FM (La Mega), WCHK-AM, WLKQ-FM (La Raza), and WNSY-FM in Atlanta. Its hip-hop and R&B station, WFXE-FM (Foxie 105), has been rated the number one radio station in the Columbus market since 1993. In 2004, La Raza became Atlanta's first Spanish language FM radio station. These ten stations offer a variety of music genres, including urban contemporary, gospel contemporary, Spanish language programming, and sports.

In addition to operating several radio stations, Davis Broadcasting Inc. has hosted many annual philanthropic events. These include the Women’s Empowerment Luncheon, held each March for National Women’s History Month, Family Day in the Parks, and the Needy Children's Christmas party, which provides three to four thousand needy children with gifts every Christmas. Davis also serves his community by participating on boards both locally and nationally. These include the Columbus Chamber of Commerce, Columbus Regional Hospital, United Way, Better Business Bureau, First Union Bank, and First Citizen Bank of North Carolina. He has also served on the board for the National Association of Black Owned Broadcasters, the Georgia Association of Broadcasters, and the North Carolina Association of Broadcasters.

Davis and his wife Cheryl reside in Columbus, Georgia. They have three grown children, Geniece, Michelle, and Greg, Jr.

Gregory Davis was interviewed by The HistoryMakers on February 20, 2014.