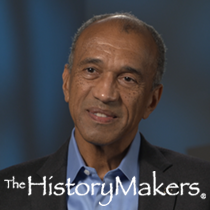 "If The Conditions Are Right, Let's Go All In."

Auto sales entrepreneur Gregory Baranco was born on March 8, 1948 in Baton Rouge, Louisiana to Dr. Beverly Victor Baranco, Jr. and Evelyn Baranco. Baranco attended Southern University in Baton Rouge, where he was a pre-med major until changing his focus to business administration after working at a stamping plant for the Ford Motor Company during the summer of 1969. He went on to graduate with his B.S. degree in business administration in 1971.

He began his career in sales at Audubon Ford in Baton Rouge in 1971, where he was eventually promoted to finance manager. During the mid-1970s, Baranco was accepted into the General Motors Dealer Development Program, where he trained as a GM dealership owner at Royal Oldsmobile in New Orleans, Louisiana. In 1978, Baranco and his wife, Juanita Baranco, founded Baranco Pontiac, Inc., which began as a dealership in East Point, Georgia, and then relocated to Decatur, Georgia in 1981. During the 1980s, Baranco became one of the lead developers for Sandstone Shores, a 66-home residential development in a predominantly African American community in Decatur, Georgia. Baranco turned his focus to luxury cars, acquiring an Acura dealership in Tallahassee, Florida in 1988 that he later moved to Atlanta, Georgia; and then opened the Mercedes-Benz of Buckhead dealership in Atlanta in 2001, in partnership with his wife and former mayor Andrew Young. When First Southern Bank in Atlanta was founded in 1988, Baranco served as the first chairman of its board. In 1997, he worked with Citizens Trust Bank of Atlanta and its chairman Herman Russell to negotiate a merger between the two banks, and stayed on as vice chairman of the newly merged bank until 2003.

Baranco was honored as a Best of the Best Dealer of the Year by Mercedes-Benz USA in 2012, and given a Lifetime Achievement Award by the National Association of Minority Automobile Dealers in 2010. He served as president of the Metropolitan Atlanta Automobile Dealers Association and chairman of the Atlanta Life Insurance Company, in addition to his longtime memberships at One Hundred Black Men of Dekalb County, the United Way and the Dekalb County Task Force on Efficiency in Government. He also received an honorary doctorate from Southern University.

Gregory Baranco was interviewed by The HistoryMakers on October 3, 2016.