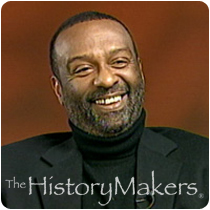 See how Grayson Mitchell is related to other HistoryMakers

William Grayson Mitchell was born March 8, 1950 in Mobile, Alabama. The son of educators, he attended Baldwin County Training School in Daphne, Alabama through the 9th grade. A precocious student, Mitchell qualified for and was granted early admission to Morehouse College, but graduated from the University of Illinois at Chicago with a B.S. in economics in 1971.

At Morehouse, Mitchell found himself drawn to journalism as his writing in the school paper earned for him a valuable summer internship. He was a political reporter for the Chicago Sun-Times in 1970, at the age of 20. Mitchell was Metro Reporter for the Washington Post from 1972 to 1973, where he knew Watergate reporters, Woodward and Bernstein. Invited by his friend, the late, Jet magazine editor Robert DeLeon, Mitchell signed with Johnson Publishing Company becoming Washington editor for Jet and Ebony magazines from 1973 to 1974. He was Washington columnist for Black Enterprise magazine from 1975 to 1979. He switched careers in 1980 when he became Director of Corporate Communications for Johnson Products in Chicago. In 1983, the 33 year old, Mitchell became Press Secretary for Chicago's first African American Mayor, the Honorable Harold Washington. His new job placed Mitchell in the thick of "Council Wars" as city council factions struggled for political control. Leaving the Mayor's service in 1985, Mitchell went on to found Summit Consulting, Inc., Corporate Communications and Public Affairs Consultancy of which he was Chairman and CEO.

Mitchell also served as director of Lakefront Supportive Housing, the Illinois Humanities Council and the Federation of State Humanities Councils. He was a member of the Economics Club of Chicago. Mitchell had two grown children. They all resides in the city of Chicago.

See how Grayson Mitchell is related to other HistoryMakers
Click Here To Explore The Archive Today!