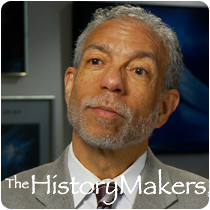 See how Grant Venerable is related to other HistoryMakers
Donate Now

Chemist, artist, and author Grant D. Venerable was born on August 31, 1942 in Los Angeles, California. After receiving his B.S. degree in chemistry from the University of California, Los Angeles (UCLA) in 1965, Venerable enrolled at the the University of Chicago and graduated from there with his M.S. degree in physical chemistry in 1967, and Ph.D. degree in physical chemistry in 1970. He completed the research for his doctoral dissertation as a Resident Research Associate in the Radiation Chemistry Section of the Argonne National Laboratory. Upon graduation, he was awarded the United States Atomic Energy Commission Fellowship for postdoctoral studies in radiation biology at UCLA’s Laboratory of Nuclear medicine.

In 1971, Venerable was appointed as a high school chemistry and biology instructor with the Duarte Unified School District. He then taught chemistry at California Polytechnic State University-San Luis Obispo from 1972 to 1978, and the University of California, Santa Cruz in Oakes College from 1978 to 1980. During the 1980s, he was as a systems scientist in the Silicon Valley industry. From 1982 to 1989, Venerable served as the executive vice president of Omnitrom Associates while simultaneously serving as a partner in the Coral and Courtland Groups. From 1992 to 1999, he was president and CEO of Ventek Software, Inc. Venerable has also consulted for several other California companies including Banks Brown, Inc.

From 1989 to 1996, he served on the faculty at San Francisco State University in the College of Ethnic Studies where he developed and taught a new field blending history of science and ethnic studies. Venerable was also integral to the development of the “Step To College.” In addition, Venerable served at Chicago State University as the Associate Provost and as a professor of chemistry and African American studies (1996-1999), at Morris Brown College as the Dean of Faculty, interim Dean of the College, Provost, and professor-at-large of science and civilization (1999-2002), as chair of the Council of Chief Academic Officers for the Atlanta University Center (1999-2002), and as the Provost and Senior Vice President for Academic and Student Affairs (2010-2011) and the Vice President for Academic Affairs (2002-2010) at Lincoln University (Pennsylvania). He held adjunct teaching appointments at the California Institute of Integral Studies in the MBA degree program in information and technology, and in the chemistry departments of Laney College of Oakland and California State University, Los Angeles.

Grant D. Venerable, II was interviewed by The HistoryMakers on April 9, 2013.

See how Grant Venerable is related to other HistoryMakers
Donate Now
Click Here To Explore The Archive Today!