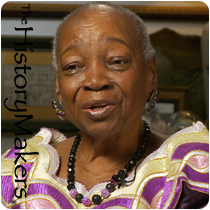 See how Grace Y. Ingleton is related to other HistoryMakers

Social activist and health care professional Grace Y. Ingleton was born on September 14, 1936, in Panama, Republic of Panama, In 1955, Ingleton migrated to Brooklyn, NY, and graduated from Prospect Heights high School. Later, she would attend Lincoln School for Nursing and receive a Nursing Diploma. Ingleton also earned B.S. and M.A. degrees in nursing from Long Island University. After graduating as a registered nurse, she joined the staff of Brooklyn Jewish Hospital.

Ingleton’s career in long term care began at Midway Nursing Home in 1973, where she has been the director of nursing services and administration for more than thirty years. Serving in this position, Ingleton has obtained several grants to prepare and present seminars and workshops on a variety of issues specific to the long term care industry and has consulted with many major health care organizations. She is also an adjunct nursing professor at the college and university level, lecturing at Medgar Evers College up to 2005. Ingleton is presently a nursing consultant to the Nursing Department at Parker Jewish Institute, part of Long Island Hospital.

Grace Ingleton is married to Edward I. Ingleton, who live in Brooklyn, New York.

Grace Ingleton was interviewed by The HistoryMakers on August 1, 2012.

See how Grace Y. Ingleton is related to other HistoryMakers
Click Here To Explore The Archive Today!