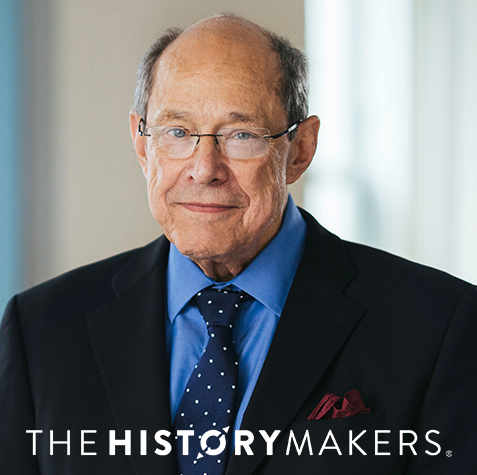 See how Gordon J. Davis is related to other HistoryMakers
Donate Now

Lawyer and civic leader Gordon J. Davis was born in Provident Hospital on August 7, 1941, in Chicago, Illinois to William Allison Davis and Elizabeth Stubbs Davis. Davis grew up on Chicago’s South Side—the African American Woodlawn neighborhood and then the University of Chicago Hyde Park-Kenwood neighborhood— it was there he gained a life long passion for jazz, the arts and civic involvement. He received his B.A. degree from Williams College in 1963, and his J.D. degree from Harvard Law School in 1967.

Upon graduation, Davis moved to New York City and worked as special assistant to Mayor John Lindsay. He served on the New York City Planning Commission from 1973 until 1978, when he was appointed by Mayor Edward I. Koch as New York City’s first African American commissioner of Parks and Recreation. During his service as commissioner, Davis was instrumental in rebuilding New York’s parks system following the City’s near bankruptcy, and the founding of the Central Park Conservancy, the Prospect Park Alliance and the Bryant Park Restoration Corporation. In 1983, Davis resigned as Parks commissioner and joined the law firm of Lord, Day & Lord. He began serving as counsel to the Lincoln Center for the Performing Arts that same year. In 1990, he became the Founding Chairman of Jazz at Lincoln Center. Davis left private practice in 2001, when he was selected to be the president of Lincoln Center for the Performing Arts. Subsequently, Davis returned to private practice at LeBoeuf, Lamb, Greene & MacRae and then Venable LLP as a senior partner. Davis’ clients included the Lower Manhattan Development Corporation, the organization overseeing the rebuilding of the Ground Zero site, the New York Public Library, Mt. Sinai Medical Center, the United States Tennis Association, Amtrak and the American Museum of Natural History.

Davis has served on the board of directors of Lincoln Center, the New York Public Library, the Studio Museum in Harlem, the Museum of Modern Art, the NY Public Theater, Jazz at Lincoln Center and the Francis W Parker School.

He has received the Medal of the City of New York for Exceptional Service, honorary doctorate degrees from Williams College and Bard College, the 100 Black Men public service, award, the Frederick Law Olmsted Medal and designation as a Founding Director by the Central Park Conservancy, and was named one of “America’s Top Black Lawyers” by Black Enterprise magazine. In 2010, Davis was appointed to the board of the John F. Kennedy Center for the Performing Arts by President Barack Obama in 2010.

Gordon J. Davis was interviewed by The HistoryMakers on July 17, 2014.

See how Gordon J. Davis is related to other HistoryMakers
Donate Now
Click Here To Explore The Archive Today!