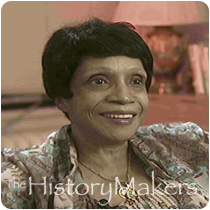 See how Gloria Toote is related to other HistoryMakers

Gloria E.A. Toote, attorney and real estate developer, was born on November 8, 1931, in New York City. Toote has been advisor to four American presidents. She is a graduate of Howard University where she received her B.A. degree in 1952 and went on to receive her J.D. degree in 1954. To complete her studies, she also attended Columbia University, where she received her M.A. degree in 1956. Toote, a conservative Republican, has held positions in the Nixon, Ford and Reagan presidential administrations.

From 1966 to 1970, Toote served as president of Toote Town Publishing Company and Town Recording Studios, Incorporated. From 1971 to 1973, she was Assistant Director of ACTION, and from 1973 to 1975, she was Assistant Secretary for Equal Opportunity in the United States Department of Housing and Urban Development. In 1976, she served as an uncommitted New York State delegate to the Republican National Convention and gave the seconding nominating speech for Reagan as president. During the Reagan administration, Toote was vice chairman of the United States Office of Private Sector Initiatives. She is a founding member of the board of governors of the National Black United Fund and a member of the steering committee for Citizens for the Republic. In the late 1980s when Toote began developing real estate in New York City, she became the president of TREA Estates and Enterprises, Incorporated, an apartment building operating firm.

Toote received special achievement awards from the National Association of Black Women Attorneys; and in 1992, the National Political Congress of Black Women recognized her contributions for furthering the participation of African American women in the political process.

See how Gloria Toote is related to other HistoryMakers
Click Here To Explore The Archive Today!