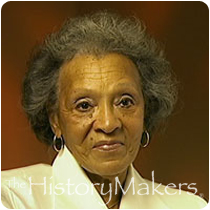 The daughter of Olympic track star Jesse Owens, Gloria Owens Hemphill was born on August 8, 1932, in Cleveland. She earned her B.S. in education in 1953 from the Ohio State University in Columbus, her father's alma mater, and an M.S. from the University of Chicago in education.

After earning her master's degree, Hemphill worked for the Chicago Board of Education, serving as staff assistant and coordinator for the Department of Government Funded Programs, the Department of Equal Educational Opportunity Programs and the Department of Curriculum. Hemphill is the former cadre liaison for the University of Chicago's Ford Training and Placement Program.

Following the death of her father, Hemphill, her sisters and close family friends established the Jesse Owens Foundation in 1980. Hemphill serves as scholarship chairperson and vice chairperson of the board of the Foundation, which seeks to instill Owens' spirit in youth and provides scholarship assistance to students from around the country.

Hemphill also serves as a member of the board of directors of the International Amateur Athletic Association and Up With People. A member of Phi Delta Kappa, the Urban League and the United Negro College Fund, she has also participated with the Windy City Chapter of the Links since 1987. As community service chair and president of her chapter, Hemphill was instrumental in the creation of a Link-Habitat for Humanity home in Harvey, Illinois, and a Seasoned With Love collection of recipes from the Chicago Area Cluster Chapters of the Links. She has two adult daughters and resides in Chicago with her husband, Malcolm M. Hemphill, Jr.

See how Gloria Owens Hemphill is related to other HistoryMakers
Donate Now
Click Here To Explore The Archive Today!