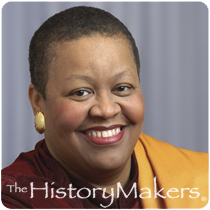 Business consultant, educator, and poet Gloria Jean Burgess was born on May 23, 1953 in Oxford, Mississippi. Her father, Earnest McEwen, Jr. received a college education thanks to funding from Nobel laureate author William Faulkner, on the condition that his gift be passed on to others, which McEwen did for Gloria and his other four daughters. Burgess grew up in Detroit, where she attended Ralph Bunche Elementary School, and Ann Arbor, where she attended Northside Elementary School, Forsythe Junior High School and graduated from Huron High School. Burgess attended the University of Michigan, studying poetry with Robert Hayden and drama. She earned her B.G.S. degree in education, anthropology, English and speech communication in 1975.

Burgess obtained her M.A. degree in speech communication and theater from the University of Michigan in 1977, earning notoriety as a Distinguished Fellow and Scholar in Direction and Performance. She attended the University of Southern California (USC) in the late 1970s, obtaining her Ph.D. in performance studies. Burgess continued studying, earning her M.B.A. degree from USC in 1986 in organizational behavior and design and information systems.

In 1988, Burgess was appointed assistant professor at the University of Washington College of Engineering, teaching leadership, management, cross cultural studies, and creativity to engineering students. In 1991, Burgess became director of multimedia development for Aldus Corporation, the organization responsible for PageMaker software. In 1994, Burgess founded Jazz, Inc., an executive coaching and consulting organization. She also founded The Lift Every Voice Foundation, a non-profit organization dedicated to leadership development for underserved, underrepresented youth. Burgess continued studying during this time, and in 1995 earned her M.A. degree in applied behavioral science from Bastyr University. Upon graduating, she became graduate faculty and program lead for their graduate program in leadership and applied behavioral science.

Burgess continued studying poetry as well, becoming a Fellow in the new Cave Canem organization for African American poets and writers in 1996. She became a consultant for Bastyr University's Leadership Institute the following year, consulting for faculty, undergraduate and graduate programs. Burgess spent 1997 through 1999 as a consultant for Boeing Corporation, and in 1998 was appointed to Leadership Tomorrow's Core Faculty. That same year, she published her first book of poetry, entitled Journey of the Rose. Despite all this activity, Burgess managed to remain involved in "Keepers of the Dream" with the Group Theatre Company, a celebration of African American women.

In 2000, Burgess expanded her coaching and consulting practice and became executive coach to the Dean of Libraries at the University of Washington. She also published her second book of poetry in 2001, entitled The Open Door, and wrote her first book for children entitled Hold Fast to Dreams: Pass It On!, about her father's relationship with William Faulkner.

Burgess lives with her husband, John, and daughter, Quinn in Edmonds, Washington.

Burgess was interviewed by The HistoryMakers on October 26, 2007.