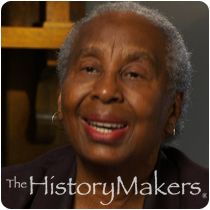 Chemist and academic administrator Gloria Long Anderson was born on November 5, 1938 in Altheimer, Arkansas to sharecroppers Charley Long and Elsie Lee Foggie. As one of six children, Anderson was expected to assist with farm chores, though her parents never let farm duties get in the way of education. Anderson graduated from Altheimer Training High School in 1954 and then attended Arkansas A&M and Normal College, where she received her B.S. degree in chemistry and mathematics and graduated at the top of her class in 1958. Anderson went on to earn her M.S. degree in organic chemistry from Atlanta University in 1960 under the tutelage of her mentor, Henry C. McBay. She taught chemistry at South Carolina State College and Morehouse College between 1961 and 1964. Anderson then went on to earn her Ph.D. degree in physical organic chemistry from the University of Chicago in 1968.

Upon earning her Ph.D. degree, Anderson joined the faculty of Morris Brown College in Atlanta, Georgia as an associate professor and chair of the chemistry department. In 1973, She was promoted to an endowed chair position and named the Fuller E. Calloway professor of chemistry, earning the illustrious title again in ’90, ’93, ’99, and ’07. Beginning in 1981, Anderson spent two summers at Lockheed Georgia Corporation in Marietta, Georgia as both a research fellow and research consultant. During the summer of 1984, she served as a faculty research fellow at the Air Force Rocket Propulsion Laboratory at Edwards Air Force Base in California. From 1984 to 1989, Anderson was promoted to dean of academic affairs at Morris Brown College. She served as interim president from 1992 to 1993 and again in 1998, and from 1995 to 1997, Anderson was the dean of science and technology at Morris Brown Collge. Since 2007, Anderson has been serving as a professor of chemistry as well as vice president for academic affairs. Throughout her various academic and administrative positions, Anderson kept up her research in organic chemistry, particularly the chemistry of Fluorine-19. Her studies of chemical structure have also found use in further work on anti-viral drugs.

Anderson has worked tirelessly to improve the scientific programs at Morris Brown College. Through her efforts, the chemistry department grew, the chemistry curriculum was revitalized, and new scientific instrumentation was brought to the campus. Throughout her long career at Morris Brown College, Anderson secured more than $1,000,000 in grants for the college’s science programs and faculty. In addition to her dedication to Morris Brown College, Anderson was an involved member of the Corporation for Public Broadcasting’s Board of Directors from 1972 to 1979. Throughout her career, she has received countless awards including two major awards in 2011 and patents in 2009 and 2001. Anderson lives in Atlanta, Georgia.

Gloria Long Anderson was interviewed by The HistoryMakers on 03/17/2012.