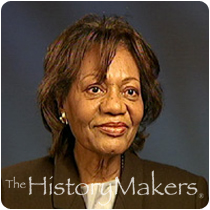 See how Geraldine D. Brownlee is related to other HistoryMakers

In 1947, Brownlee took a job with the Cook County Department of Public Welfare, where she worked as a caseworker from 1948 until 1955 when she began a career in teaching. She taught elementary school for eleven years in the Chicago public schools. From 1967 until 1970, Brownlee worked with the University of Chicago graduate school of education as a staff associate, becoming assistant director of teacher training in 1970. The following year, Brownlee was made an assistant professor and assistant dean of student services in the University of Illinois-Chicago (UIC) College of Education. During 1975-1976, Brownlee served as director of Title VII desegregation projects for Illinois School District 163. She continued as an assistant professor with UIC until her retirement in 1990, teaching curriculum and instruction within the school of education to both undergraduate and graduate students. During that time, she worked as a visiting professor to Indiana University Northwest and was active evaluating programs within the Chicago public school system. In 1995, Brownlee became a consultant to the Center for Urban Education at DePaul University in Chicago, where she remained for a year.

Brownlee has been the recipient of numerous awards throughout her career. She has also been active both in professional and civic organizations. Some of her honors include the 1990 YWCA of Metropolitan Chicago Outstanding Achievement Award in the field of education; selection as a member of the Chicago Presbyterian Delegation to Cuba in 1998; and election as a commissioner to the 2000 General Assembly of the Presbyterian Church of America. She has served on the YWCA of Metropolitan Chicago Board of Directors, the Chicago Urban League Education Advisory Committee and Links, Inc. Brownlee and her husband Brady live in Chicago.

See how Geraldine D. Brownlee is related to other HistoryMakers
Click Here To Explore The Archive Today!