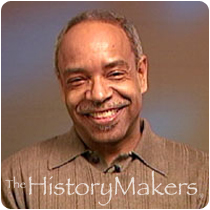 See how Gerald Johnson is related to other HistoryMakers
Donate Now

From 1969 until 1973, Johnson worked as a programmer for Univac Sperry Rand. From 1969 to 1973 he taught mathematics and computer science and directed the Computer Center at Johnson C. Smith University. In 1978, he began working for Bank of America as a programmer and was promoted to vice president. In 1986, Johnson became CEO and publisher of The Charlotte Post and chairman of the Consolidated Media Group.

Johnson has many civic and community affiliations. He has also received numerous
awards and honors for his contributions to the city of Charlotte. He has served as a member of the Mechanics and Farmers Advisory Board, the First Ward Community Reinvestment Board, and the Goodwill Industries Board. He has been an active participant in the Community Building Initiative, the Arts and Science Council, the Charlotte Chamber's Minority Business Leader Institute, "CHARLOTTE READS" leadership committee, and Partners For School Reform. He has also been co-chairman of the Finance Committee of the New Arena Committee, first vice president and publicity committee chairman of Theater Charlotte, and secretary and second vice president of the Discovery Place Board.

Johnson is a member of Mt. Carmel Baptist Church and has two daughters, Tania and Patrice, both living in North Carolina, and one grandson.

See how Gerald Johnson is related to other HistoryMakers
Donate Now
Click Here To Explore The Archive Today!