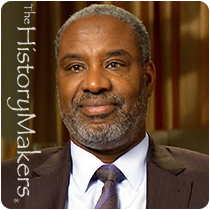 "For those whom much has been given, much is expected."

Management consultant Gerald S. Adolph was born on December 30, 1953 in New York City, New York. His father, Leroy Adolph, was a New York City department of sanitation worker; his mother, Beryl Adolph, a nurse. Raised in New York, Adolph attended Cardinal Spellman High School in the Bronx, where he graduated from in 1971. He then received his B.S. degrees in management science and chemical engineering in 1976 from the Massachusetts Institute of Technology. Adolph went on to receive his M.S. degree in chemical engineering from MIT in 1980, and his M.B.A degree from the Harvard Business School in 1981.

Adolph was hired as a research engineer at the Polaroid Corporation in 1976, where he worked in the company’s development labs and chemical manufacturing division. In 1981, Adolph was hired at Booz Allen Hamilton, now Booz & Company, as an associate of technology management services. After being promoted to a senior associate in 1983, and as principal of technology management services in 1985, he was made partner of the chemicals practice at Booz & Company in 1989. While employed as partner of the chemicals practice, Adolph also served as the practice leader of global chemicals. Then, in 1999, Adolph was promoted to a senior partner of consumer, health and M&A, as well as practice leader of global consumer and health at Booz & Company. In 2001, while still serving as senior partner, he led the global mergers and restructuring group. In 2010, Adolph was promoted to a managing senior partner for the New York region at Booz & Company.

Adolph has served on numerous corporate and educational boards throughout his career, including the Corporate Advisory Board at the University of Michigan’s Ross School of Business, Helen Keller International, and Co-Chair of the NAACP Legal Defense and Education Fund. Adolph also served on Booz & Company’s board of directors, and as board chair of the Executive Leadership Council in 2004. He was elected to the board of Cintas in 2006 and the board of his alma mater Cardinal Spellman High School in 2010. In 2009, Adolph co-authored the book Merge Ahead: Mastering the Five Enduring Trends of Artful M&A. He was awarded the Pierre Toussaint Medallion from the Archdiocese of New York in 2009. Booz & Company has also honored Adolph with their Professional Excellence Award.

Gerald S. Adolph was interviewed by The HistoryMakers on October 20, 2013.