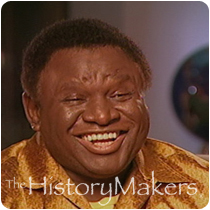 Born to Mary Lou and George Wallace Sr. on July 21, 1952, in Atlanta, Georgia, George Wallace grew up in a loving, religious family. He was educated at Lynwood Park Elementary and Lynwood Park High Schools. Since his early teenage years, George dreamed of becoming a comedian.

George's mother died when he was sixteen, prompting him to move to Ohio, where he found a job with Firestone Tire and Rubber. As part of the company's tuition reimbursement program, George enrolled in the University of Akron, where he studied transportation, marketing and advertising. Upon graduation, Wallace moved to New York City in pursuit of his childhood dream. At first, success in comedy proved elusive and Wallace worked as a salesman for an advertising agency to pay the bills.

Wallace's break came when one of his clients opened a comedy club. The club owner was amused by Wallace's natural humor and friendly demeanor and offered him the chance to perform stand-up. In 1977, Wallace walked on stage for the first time, wearing a preacher's robe and calling himself Reverend Dr. George Wallace. His routine was completely improvised, yet included the same imagery and delivery of the spiritual leaders that influenced him as a child. Wallace was a hit. He stayed in New York for several years perfecting his craft and living with friend and fellow comedian Jerry Seinfield.

In 1978, Wallace moved to the West Coast, where he quickly became recognized as a talented young comedian. After one of his performances, producers from the Redd Foxx Show asked him to write for the popular series. However, after only one year of writing, Wallace returned to the stage. He became a regular at the famous Comedy Store, which also featured such artists as Richard Pryor, Rodney Dangerfield, Roseanne Barr, Jay Leno and Robin Williams. Wallace also took his comedy show on the road, opening for George Benson, Diana Ross, Donna Summer and Smokey Robinson, among others.

Wallace, who was named the Best Male Standup Comedian during the 1995 American Comedy Awards, says that his routines are inspired by "everyday moments of life." His unique brand of social commentary proved popular with radio audiences as well. Wallace was a regular on the Tom Joyner Morning Show before joining the legendary Isaac Hayes on a popular radio program on WRKS, New York. He also starred in his own HBO special and appeared on many television shows, such as The Tonight Show, Oprah Winfrey and Late Night with David Letterman. His motion picture credits include Batman Forever, A Rage in Harlem, Punchline, Things are Tough All Over, and Postcards from the Edge.