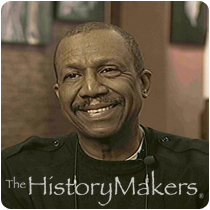 See how George W. Faison is related to other HistoryMakers
Donate Now

Broadway dancer and choreographer George William Faison was born on December 21, 1945, in Washington, D.C. He attended Dunbar High School, where he studied with the Jones-Haywood Capitol Ballet and Carolyn Tate of Howard University; his first performance was with the American Light Opera Company. After graduating from high school, Faison attended Howard University with plans of becoming a dentist; during this time he also worked in theater with the acclaimed African American theater director Owen Dodson.

In 1966, two years after he entered Howard, Faison saw a production of the Alvin Ailey Company; within a week, he had decided to become a professional dancer and left Howard University to move to New York City. There, Faison studied at the School of American Ballet, where he took classes with Arthur Mitchell, June Taylor, Claude Thompson, Dudley Williams, Charles Moore, and James Truitte, among others. Faison began his first professional job with the Long Wharf Theater in New Haven, Connecticut, and continued studying dance with Harlem Youth Opportunities Unlimited (HARYOU) and Harkness House.

In 1967, Faison auditioned with the Alvin Ailey American Dance Theater, where he would remain for the next three years. In 1970, Faison left the Alvin Ailey dance company to pursue his own career. After a part in the Broadway musical Purlie, Faison created the George Faison Universal Dance Experience with a budget of $600 dollars. The group’s dancers included such notables as Renee Rose, Debbie Allen, Al Perryman and Gary DeLoatch; Faison was the artistic director, choreographer and dancer for the group.

In 1972, Faison made his choreographic debut with Don’t Bother Me, I Can’t Cope on Broadway, which was the start of a series of successful choreography jobs that included Via Galactica, Tilt and 1974’s all-black retelling of The Wizard of Oz entitled The Wiz. The Wiz was a huge success, and helped to launch the careers of singer Stephanie Mills and actor Geoffrey Holder. That same year, Faison became the first African American to win a Tony award. The George Faison Universal Dance Experience disbanded the following year, and Faison began focusing on musical theater; subsequently he worked as a choreographer for entertainers like Earth, Wind and Fire, Ashford and Simpson, Dionne Warwick, Patti Labelle and Cameo, among others.

1981 brought the massive critical success of Apollo, Just Like Magic, an off-Broadway production that transitioned him from choreographer to director. In 1997, Faison directed and choreographed King, a musical performed at President Clinton’s inauguration. In 1996 he founded the American Performing Arts Collaborative (A-PAC), after which time, Faison constructed an arts center called the Faison Firehouse Theater, a project of A-PAC which committed its resources to Harlem.

See how George W. Faison is related to other HistoryMakers
Donate Now
Click Here To Explore The Archive Today!