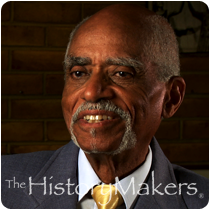 See how George Shirley is related to other HistoryMakers
Donate Now

Opera Singer George Shirley was born on April 18, 1934 in Indianapolis, Indiana, to Irving and Daisy Shirley. By age four, Shirley had begun performing, joining his mother and father as a musical trio within the Indianapolis church community. After moving to Detroit, Michigan with his parents at age six, Shirley continued to build his musical talents, playing the baritone horn in a community band, and studying voice while a student at Northern High School. His musical acumen earned Shirley a scholarship to Wayne State University, where he performed in his first musical drama, Oedipus Rex, with the Men’s Glee Club in 1955. He graduated that same year, receiving his B.S. in Music Education.

Also in 1955, Shirley became the first African American high school music teacher in the city of Detroit. A year later, after being drafted into the Army, he became the first African American to sing with the U.S. Army Chorus, where, influenced by fellow choir members, Shirley decided to pursue a career in opera. In 1959, he performed in his first staged production, Die Fledermaus, with a small company in Woodstock, New York. The following year, after winning the American Opera Auditions in New York, he was invited to play the role Rodolfo in Puccini’s La Boheme in Milan, Italy. In 1961, Shirley won first prize in the Metropolitan Opera Auditions, thus becoming the first African American tenor to be awarded a contract with that company, where he performed from 1961 through 1973. He played major roles in more than twenty operas, often performing with fellow African American opera pioneers Leontyne Price and Shirley Verrett. During and after his stint with the Metropolitan Opera, Shirley was a well sought tenor across the globe, appearing in productions in London, Italy, San Francisco, Washington D.C., Chicago, Boston and a host of other cities. Shirley also won a Grammy Award for a recording of his performance in Mozart’s Così Fan Tutte.

George Shirley was interviewed by The HistoryMakers on June 10, 2010.

See how George Shirley is related to other HistoryMakers
Donate Now
Click Here To Explore The Archive Today!