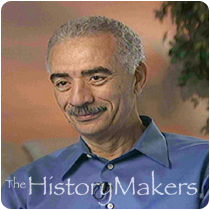 See how George Levi Knox, III is related to other HistoryMakers

Retired vice president, corporate affairs for the Phillip Morris Company (now Altria Group, Inc.), George Levi Knox III was born September 6, 1943 in Indianapolis, Indiana. His great-grandfather, George L. Knox wrote Life as I Remember It: As a Slave and a Freeman in 1895 owned the Indianapolis Freeman, a tonsorial parlor and the Negro league baseball’s Indianapolis ABC’s. Knox’s father, George L. Knox, II was a Tuskegee Airman who presided over the 1944 Freeman Field Mutiny court martial and later made the Air Force his career. Growing up in the military, Knox attended nine elementary schools from two in Alaska to Alabama State University’s Lab School, Jackson School in Hempstead, New York and Hempstead High School. He graduated from Tokyo American High School in 1961 as president of his class and captain of the football team. After a brief stint at Purdue University, Knox joined his family at Tuskegee Institute where his father headed the AFROTC program. He graduated with honors, receiving his B.A. degree in political science in 1967. Knox, who had interned on the Vietnam desk at the Department of State in 1965 as part of the Foreign Affairs Scholars Program, pursued graduate studies at American University.

Knox entered the United States Foreign Service in 1968 serving as third secretary of the United States Embassy in Tokyo, Japan. He also served in the Department of State’s Educational and Cultural Affairs Bureau. In 1975, Knox earned his M.B.A. from Harvard University and was hired by McKinsey & Company, an international management consulting firm. There, in addition to his other work, he did pro bono projects for the Japan Society, the Ford Foundation and the NAACP. In 1977, Knox joined Phillip Morris becoming vice president of Public Affairs in 1987. Knox served in several capacities at Phillip Morris, including secretary to the Board Committee on Public Affairs and Social Responsibility and chairman of Phil-Pac, the company’s political action committee.

Knox is a member of and formerly chairman of the board of the Studio Museum in Harlem. He was a board member of the American Ballet Theatre, Southern Center for International Studies and served as an advisor to the Japan Foundation. Knox is vice chairman of the Franklin and Eleanor Roosevelt Institute; a member emeritus of the Public Affairs Committee of the United States Military Academy; a trustee of the African American Experience Fund and served on the Business Advisory Council of the United States Information Agency. He has been a director of the Harvard Business School Club of New York, the Independent College Fund of New York; a member of the Dean’s Advisory Council of Alabama State University and a governor of the New School University.

Knox and his wife, Gail, divide their time between Stamford, Connecticut and LaJolla, California.

See how George Levi Knox, III is related to other HistoryMakers
Click Here To Explore The Archive Today!