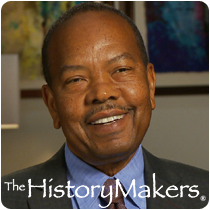 See how George Langford is related to other HistoryMakers

Biologist and academic administrator George M. Langford was born on August 26, 1944 in Roanoke Rapids, North Carolina to Lillie and Maynard Langford. Langford excelled at math in high school and was fascinated by the shapes and structures found under the microscope. He studied biology at Fayetteville State University earning his B.S. degree in 1966. Despite the lack of laboratory facilities, Langford had good mentors who persuaded him to attend graduate school. He earned his M.S. degree in 1969 and his Ph.D. degree in 1971, both in cell biology from the Illinois Institute of Technology (IIT). He finished his postdoctoral training in 1973 from the cell biology program at the University of Pennsylvania as a National Institutes of Health (NIH) Fellow.

In 1973, Langford joined the faculty of the University of Massachusetts as a professor of cell biology and conducted research at the Marine Biological Laboratory in Woods Hole, Massachusetts in 1976. He continued his career in academia, teaching at Howard University in 1977 and joining the faculty of University of North Carolina, Chapel Hill in 1979. He was promoted to a full professor at the University of North Carolina, Chapel Hill in 1988. Langford’s research focused on the nerves of invertebrates as well as cellular motility. He was honored with an appointment to the National Science Foundation (NSF) where he served as director of cell biology from 1988 to 1989. In 1991, Langford joined the faculty of Dartmouth College as the Ernest Everett Just Professor of Natural Sciences and a professor of biological sciences where he remained until 2005. Between 2005 and 2008, Langford was employed at the University of Massachusetts, Amherst as dean of the College of Natural Sciences and Mathematics and Distinguished Professor of Biology. In 2008, he was engaged by Syracuse University as dean of the College of Arts and Sciences.

Langford holds memberships in many nationally prominent professional societies including the American Society for Cell Biology, the American Association for the Advancement of Science, the Corporation of the Marine Biological Laboratory, Woods Hole, MA and the Society of Sigma Xi. He served on the National Science Board (NSB) from 1998 to 2004, where he served as chair of the Education and Human Resources Committee and the Vannevar Bush Award Committee. Langford has been recognized numerous times for his work including the Illinois Institute of Technology Professional Achievement Award and the American Society for Cell Biology Ernest Everett Just Lectureship Award. Langford received an honorary Doctorate from Beloit College in 2003. He is married to Sylvia Langford and they have three children.

George Langford was interviewed by The HistoryMakers on August 6, 2012.

See how George Langford is related to other HistoryMakers
Click Here To Explore The Archive Today!