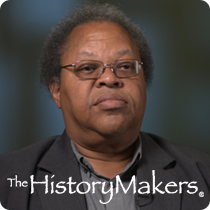 See how George E. Lewis is related to other HistoryMakers
Donate Now

Trombonist and musical composer George E. Lewis was born on July 14, 1952 in Chicago, Illinois to Cornelia Griffith Lewis and George Lewis. He graduated from the University of Chicago Laboratory School in 1969, and went on to receive his B.A. degree in philosophy from Yale University in New Haven, Connecticut in 1974. Later, he received his D.Mus. degree from the University of Edinburgh in 2015.

Lewis was first taught to play the trombone at the University of Chicago Laboratory School; he later took private lessons with graduate students. At the age of nineteen, he joined the Association for the Advancement of Creative Musicians and studied at the Association’s School of Music. There, he learned composition with Muhal Richard Abrams and trombone with Dean Hey. Lewis began to explore computer programming in the early 1970s. Between 1985 and 1987, he wrote the software program Voyager, which was designed to improvise and interact with human musicians. In a recording entitled “Voyager”, released in 1993, Lewis and saxophonist Roscoe Mitchell played duets with the computer software program. Lewis continued to produce music during this time, and became a curator of music at the New York non-profit arts organization The Kitchen in 1990. In 1991 he was named a professor of Music, Critical Studies/Experimental Practice at the University of California-San Diego. In 2004, he became the Edwin H. Case Professor of American Music at New York’s Columbia University, where he was named director of the Center for Jazz Studies in 2007. Lewis produced hundreds of compositions over his career.

Lewis wrote numerous journal articles and one book on the Association for the Advancement of Creative Musicians. In 2015, he co-edited a two-volume collection entitled The Oxford Handbook of Critical Improvisation Studies. Lewis received numerous awards for his work, including several grants from the National Endowment for the Arts, a Cal Arts Alpert Award in the Arts in 1999, and a 2002 MacArthur Genius Fellowship. In 2015, he was awarded a Guggenheim fellowship. Lewis toured extensively across North America, Europe, and Asia, and his work was performed by the BBC Scottish Symphony Orchestra, London Philharmonic Orchestra, Boston Modern Orchestra Project, and others. His book, A Power Stronger Than Itself: The AACM and American Experimental Music received the American Book Award and American Musicological Society’s Music in American Culture Award.

Lewis and his wife, Miya Masaoka, have a son named Tadashi.

George E. Lewis was interviewed by The HistoryMakers on October 24, 2016.

See how George E. Lewis is related to other HistoryMakers
Donate Now
Click Here To Explore The Archive Today!