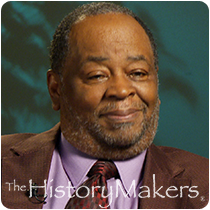 "You Are Not In The World, The World Is In You, In Your Consciousness."

Journalist, educator and author George Bernard Davis was born on November 29, 1939 in Shepherdstown, West Virginia to Reverend Clarence and Winnie (Ross) Davis. He attended public schools in Virginia, Maryland and West Virginia, and was among a handful of students who integrated Baltimore City College (high school), where he graduated in 1957. Davis then enrolled in Colgate University and spent the summer of his junior year with Operations Crossroads Africa in the Niger River Delta in Nigeria. He graduated from Colgate University with his B.A. degree in anthropology in 1961 and joined the United States Air Force, where he flew forty-seven combat missions during the Vietnam War and was promoted to captain.

Davis worked first for The Washington Post as a reporter and day city editor from 1968 to 1969. He then moved to The New York Times, where he served as an editor in the Sunday Department from 1969 to 1970. Davis earned his M.F.A. degree in creative writing from Columbia University in 1971, and was hired as an assistant professor at Bronx Community College of The City University of New York. In 1980, he was appointed as an assistant professor at the Newark campus of Rutgers University, and went on to be named professor emeritus. Davis has also held adjunct positions at Colgate University, Columbia University and the Yale School of Organization and Management. In addition, he has served as a contributing editor to Essence magazine and Black Enterprise magazine, writes The Modern Melting Pot blog at Psychology Today, and has contributed articles to The Huffington Post, The Washington Post and other online journalism websites. In the mid-1990s, Davis conducted the Spiritual Intelligence Action Research Project at Rutgers University; and in 2013, established The Bay is Dying – an Ecology Game.

Davis authored the novel Coming Home (1971), which was judged a Notable Book of the Year by The New York Times Book Review. Coming Home also supplied the story upon which the Academy Award-winning Jane Fonda anti-war film of the same name was based. Davis went on to publish many additional books, including Love, Black Love (1974); the national bestseller, Black Life in Corporate America: Swimming in the Mainstream (co-authored with Glegg Watson, 1982); Soul Vibrations: Astrology for African Americans (co-authored with Gilda Mathews, 1996); Love Lessons: African Americans and Sex, Romance, and Marriage in the Nineties (1998); Barack Obama America and the World (2011); The Melting Points – A Spiritual Spy Novel (2012); and Spiritual Intelligence (2012).

George Davis was interviewed by The HistoryMakers on May 19, 2014.