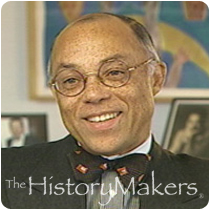 See how George Campbell, Jr. is related to other HistoryMakers

College president, nonprofit chief executive and physicist Dr. George Campbell, Jr. was born on December 2, 1945 in Richmond, Virginia to Lillian and George Campbell. Campbell graduated with his B.S. degree in physics in 1968 from Drexel University, where he was a Guggenheim Scholar. Campbell went on to study at Syracuse University, where he received his Ph.D. degree in theoretical physics and began working in academic positions at Syracuse University and later at Nkumbi International College in Zambia. Here, he taught physics and conducted research.

Soon thereafter, Campbell left to take a position at AT&T Bell Laboratories, where he would stay for the next twelve years, occupying various research and design and management positions. During his time at Bell Labs, Campbell helped develop the third generation of telecommunication satellites and served as a United States delegate to the International Telecommunications Union. After his tenure at Bell Labs, Campbell became president and CEO of the National Action Council for Minorities in Engineering (NACME), a nonprofit organization designed to open doors of opportunity for young people interested in the field of engineering. Under Campbell's leadership, NACME's public funding nearly tripled and the organization was recognized with a U.S. Presidential Award for Excellence. In July 2000, Oxford University Press published "Access Denied: Race, Ethnicity and Scientific Enterprise," which Dr. Campbell co-edited.

On July 1, 2000, Campbell returned to academia when he became the first African American president of Cooper Union, a private university in New York City.

The recipient of numerous awards and honors, Campbell and his wife, Dr. Mary Schmidt Campbell, the Dean of New York University's Tisch School of Arts, raised three sons, the eldest of whom, Garikai, is a professor of Mathematics and Acting Dean of Students at Swarthmore College.

George Campbell Jr. was interviewed by The HistoryMakers on May 17, 2001.

See how George Campbell, Jr. is related to other HistoryMakers
Click Here To Explore The Archive Today! 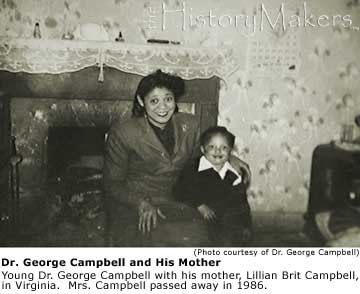 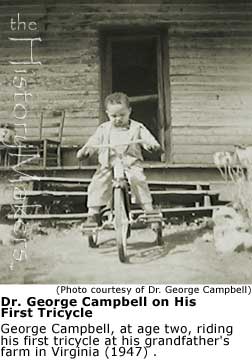