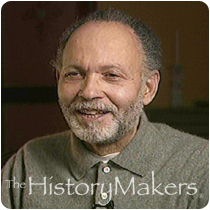 See how Georg Koen is related to other HistoryMakers

Internationally acclaimed lieder singer Georg Koen was born on April 4, 1934 in Memphis, Tennessee. His interest in singing and performing began in the sixth grade. His mother died when he was twelve and Koen went to live with his maternal aunt. He began performing with The Teen Town Singers, a group of young people who sang on WDIA radio in Memphis. While performing with this group, a representative from Rust College High School in Holly Springs, Mississippi offered him a full scholarship. Koen traveled throughout the Midwest performing and earned his diploma in 1951.

From 1952 until 1954, Koen studied music at the University of North Dakota. Drafted into the United States Army, he performed in the televised U.S. Army chorus production of Get Set Go. Koen also performed with the U.S. Army concert band in Germany. In 1958, he made his European debut as a lieder singer and toured throughout Germany. In 1960, Koen was invited by Princess Margaretha of Denmark to perform at her annual society charity ball.

Koen’s singing abilities earned him audiences in Norway, Sweden, Finland and Yugoslavia. In 1962, he became the first American artist since World War II invited to perform in Bulgaria. From 1962 until 1971, Koen continued his European success, performing in Barcelona, Madrid, Berlin and Turkey. Although he was a well-known concert, television and radio performer, he was unable to achieve the same notoriety in the United States because of his race. In 1976, Koen received critical acclaim for a lieder recital in Norway. This was his final performance.

See how Georg Koen is related to other HistoryMakers
Click Here To Explore The Archive Today!