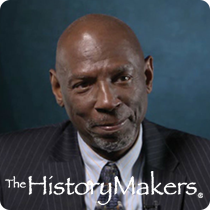 Nonprofit executive Geoffrey Canada was born on January 13, 1952 in South Bronx, New York to Mary Canada and McAlister Canada. Canada graduated from Wyandanch Memorial High School in Wyandanch, New York in 1970; and earned his B.A. degree in psychology and sociology from Bowdoin College in Brunswick, Maine in 1974. Canada received his M.S. degree in education from the Harvard Graduate School of Education in 1975.

Canada was hired as director of the Robert White School in Boston, Massachusetts in 1975. In 1983, he founded the Chang Moo Kwan Martial Arts School, and became the education director and program director of the truancy prevention program at the Rheedlen Center for Children and Families. He was promoted to president and chief executive officer of the Rheedlen Center in 1990. Under his leadership, Rheedlen opened the first Beacon School at the Countee Cullen Community Center, and launched the Neighborhood Gold program, the Harlem Peacemakers Program, and the Harlem Children’s Zone initiative. The Rheedlen Center changed its name to Harlem Children’s Zone in 2002, and opened its first charter school in 2004. Impressed by Canada’s success with The Harlem Children’s Zone model, President Barack Obama announced in 2008 that he planned to replicate the program in thirty cities across the country. In 2014, Canada stepped down as chief executive officer of the Harlem Children’s Zone, retaining the title of president, he was succeeded by Anne Williams Isom who became chief executive officer.

Canada authored two books: Fist Stick Knife Gun: A Personal History of Violence in America and Reaching Up for Manhood: Transforming the Live of Boys in America. He was also the main subject of the 2010 film Waiting for Superman. Canada served on multiple boards for organizations including the Black Community Crusade for Children at the Children’s Defense Fund, the board of directors of the Fund for the City of New York and Foundation Center as well as in the capacity of co-chair of the New York Commission on Economic Opportunity in 2006, and the New York State Governor’s Children’s Cabinet Advisory Board in 2007. He received multiple awards for his work including the Heinz Award in the Human Condition and the National Civil Rights Museum Freedom Award.

Geoffrey Canada was interviewed by The HistoryMakers on December 12, 2016.