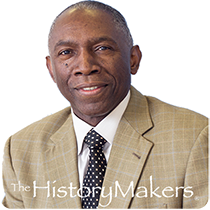 See how Gen. William Ward is related to other HistoryMakers
Donate Now

U.S. Army General William E. Ward was born on June 3, 1949 in Baltimore, Maryland. He attended Morgan State University and graduated with his B.A. degree in Political Science in 1971. While there, he joined the Reserve Officer Training Corps (ROTC) and as a Distinguished Military Graduate (DMG) was commissioned as an Infantry Second Lieutenant in 1971. In 1979, Ward received his M.A. degree in Political Science from the Pennsylvania State University. He then went on to attend the U.S. Army Command and General Staff College and the U.S. Army War College.

Ward’s military service has included overseas tours in Korea, Egypt, Somalia, Bosnia, Israel, two tours in Germany, and a wide variety of assignments in the United States, including Alaska and Hawaii. His command and troop assignments include: Commander of 5th Battalion, 9th Infantry, 2nd Brigade at Fort Wainwright, Alaska; Commander of the 2nd Brigade, 10th Mountain Division at Fort Drum, New York and during Operation Restore Hope in Mogadishu, Somalia; Assistant Division Commander of the 82nd Airborne Division at Fort Bragg, North Carolina; Commanding General 25th Infantry Division and U.S. Army in Hawaii at the Schofield Barracks in Hawaii; Commander of the Stabilization Force during Operation Joint Forge in Sarajevo, Bosnia; and Deputy Commander U.S. European Command. His staff assignments include: Executive Officer to the Vice Chief of Staff of the U.S. Army in Washington, D.C.; Deputy Director for Operations of the National Military Command Center in Washington, D.C.; Chief of the Office of Military Cooperation with Egypt in the American Embassy in Egypt; and Vice Director for Operations of the Joint Staff in Washington, D.C.

In 2005, Ward served as the Deputy Commanding General and Chief of Staff of the U.S. Army, Europe and the Seventh Army. While in this capacity, he was selected by the Secretary of State to serve as the United States Security Coordinator, Israel-Palestinian Authority where he served from March of 2005 through December of 2005. Ward served as the inaugural Commander of U.S. Africa Command (AFRICOM) Headquartered in Stuttgart, Germany from October 1, 2007 to March 8, 2011. Ward is a member of the Omega Psi Phi Fraternity, Inc., the 100 Black Men of America, and the National Society of Pershing Rifles. He is also an honorary member of the Sergeant Audie Murphy club and was awarded Honorary Doctorate Degrees from Morgan State University and Virginia State University.

Ward currently serves as the President and COO of SENTEL Corporation.

U.S. Army General William E. Ward was interviewed by The HistoryMakers on June 25, 2013.

See how Gen. William Ward is related to other HistoryMakers
Donate Now
Click Here To Explore The Archive Today!