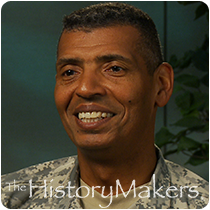 U.S. Army General Vincent K. Brooks was born in Anchorage, Alaska on October 24, 1958 to Leo Brooks Sr., an army officer who began his career one year after the military received the order to desegregate and ended his career nearly 30 years later having achieved the rank of major general, and Naomi Lewis Brooks, a schoolteacher and Army wife. Brooks graduated from Jesuit High School in California where he excelled in academics and in athletics, leading to his appointment to the United States Military Academy at West Point among the first class to include women. At West Point, Brooks played varsity basketball in his freshman year under Coach Mike Krzyzewski. Brooks went on to graduate with a B.S. degree in 1980 after achieving the historic honor of being appointed as the top-ranking cadet in the U.S. Corps of Cadets – the Cadet Brigade Commander or “First Captain” for his senior year – an historic first for an African American cadet, coming 177 years into West Point’s history, and also102 years after the first African American – Henry O. Flipper – graduated. His went on to earn his master’s degree (Master of Military Art and Science – MMAS) from the prestigious School of Advanced Military Studies at Fort Leavenworth and later served as a National Security Fellow at the Harvard University John F. Kennedy School of Government.

Still serving on active duty thirty-three years after graduating from West Point as a commissioned officer, Brooks served in command and staff positions in the United States and around the world. His tours of duty with combat units include the 82nd Airborne Division, the 1st Infantry Division, the 2d Infantry Division, the 3d Infantry Division, the 1st Cavalry Division, the III Corps, Third Army/U.S. Army Central, U.S. Army Pacific, and U.S. Central Command. General Brooks has commanded forces in peacekeeping operations and armistice enforcement in Kosovo and Korea, respectively prior to becoming a general; and in combat on four different tours in Iraq, the Middle East and Central Asia, all as a general. Brooks served at the national-level in the Pentagon as aide-de-camp to the Vice Chief of Staff of the Army and, later, as the U.S. Army’s Chief of Public Affairs. He also served on The Joint Staff as Deputy Director for Political-Military Affairs for the Western Hemisphere, and later as the Deputy Director for the War on Terrorism. On July 2, 2013, he was appointed by President Obama to command the U.S. Army Pacific.

Brooks’ has many military honors and decorations with the highest being the Distinguished Service Medal with two oak leaf clusters. Brooks was awarded an Honorary Doctor of Laws degree from the New England School of Law in Boston and is part of the only African American family to have three generals within two generations (father, brother, and Vincent Brooks are all Army generals).

Brooks is married to his wife of thirty years, Carol, a physical therapist and educator who also comes from a career Army officer family.

U.S. Army General Vincent K. Brooks was interviewed by The HistoryMakers on June 20, 2013.