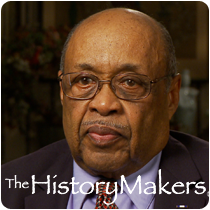 "It is five o'clock somewhere."

U.S. Air Force Brig. Gen. James T. Boddie was born on October 18, 1931 in Baltimore, Maryland. Boddie graduated from Fredrick Douglass High School in Baltimore in February 1949. Boddie received his B.S. degree in chemistry from Howard University in 1954, and his M.A. degree in public administration from Auburn University in 1975. In addition, Boddie completed military studies at the Industrial College of the Armed Forces in 1971, and the Air War College in 1975.

Boddie received his U.S. Air Force officer’s commission through the Air Force Reserve Officers’ Training Corps Program at Howard University, and then earned his wings in 1956. His first operational assignment was with the 560th Strategic Fighter Squadron at Bergstrom Air Force Base that was equipped with the F-84 Thunderstreak fighter plane. Boddie reported to Nellis Air Force Base in 1957 for gunnery and weapons delivery training in the F-100 Super Sabre. Upon completion, Boddie was assigned to the U.S. Air Force Europe Weapons Center in Tripoli, Libya where he served from until 1961. After his return to the United States in February 1961, Boddie assumed responsibilities as commandant of cadets at the Air Force Reserve Officers’ Training Corps Program at Tuskegee Institute. In 1966, Boddie volunteered for combat duty in Southeast Asia, and was assigned to the 559th Tactical Fighter Squadron at Cam Ranh Bay Air Base in the Republic of Vietnam. In addition to his duties as operations and scheduling officer, Boddie completed a total of two-hundred and one F-4 combat missions, fifty-seven of which were flown over North Vietnam. In 1980, Boddie was promoted to Brigadier General. He then served as aviation director in the Aircraft Management office, at NASA Headquarters, from 1991 to 1996; and, between 2006 and 2008, Boddie served as president of Texas Southern University.