Information about Gary May 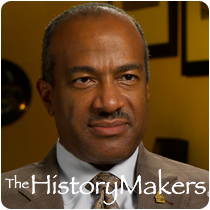 See how Gary May is related to other HistoryMakers
Donate Now

Electrical engineer and academic administrator Gary Stephen May was born on May 17, 1964 in St. Louis, Missouri. He was one of two children born to Warren May, Jr., a postal clerk, and Gloria Hunter, a teacher. As a high school student, May participated in a summer program called “Developing Engineering Students” at McDonnell Douglass Corporation in St. Louis, Missouri for three summers. He was subsequently employed by the company as a cooperative education student. May received his B.S. degree in electrical engineering from the Georgia Institute of Technology in 1985, and his M.S. and Ph.D. degrees in electrical engineering and computer science from the University of California at Berkeley in 1987 and 1991, respectively.

May joined the George Tech College Engineering in 1991 as a member of the microelectronics research group. In 1992, May created the Summer Undergraduate Research in Engineering/Science (SURE) program with a grant from the National Science Foundation. May is also the co-founder and director of the Facilitating Academic Careers in Engineering and Sciences (FACES) program, for which he has received over $10 million in funding from NSF to increase the number of African American Ph.D. degree graduates produced by Georgia Institute of Technology. In 2001, May was named Motorola Foundation Professor, and was appointed associate chair for Faculty Development in the School of Electrical and Computer Engineering (ECE). Then, in 2005, May was promoted to Steve W. Chaddick Chair of ECE; and, in 2011, he became Dean of the College of Engineering at Georgia Tech.

Throughout his career, May has published numerous articles in academic journals, including Journal of Applied Physics, the International Journal of Materials and Manufacturing Processes. He also served as editor-in-chief of IEEE Transactions on Semiconductor Manufacturing. In 2006, May was the co-author of Fundamentals of Semiconductor Manufacturing and Process Control; and in 2003, he co-authored Fundamentals of Semiconductor Fabrication. May is also the recipient of professional and academic awards. In 2004, May received Georgia Tech’s Outstanding Undergraduate Research Mentor Award, as well as the Outstanding Minority Engineer Award from the American Society of Engineering Education. In 2006, he received the Mentor Award from the American Association for the Advancement of Science (AAAS). For his academic contributions, May was named a fellow of the AAAS, the IEEE, and received an honorary doctorate from the Universidad Latina de Panama.

May and his wife, LeShelle Mary, live in Atlanta, Georgia with their two daughters, Simon and Jordan.

Gary Stephen May was interviewed by The HistoryMakers on December 10, 2012.

See how Gary May is related to other HistoryMakers
Donate Now
Click Here To Explore The Archive Today!