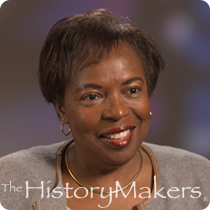 Basketball player and financial advisor Gail A. Marquis was born on November 18, 1954 in New York, New York. Marquis earned her B.A. degree in education and psychology from Queens College in 1980. She later received her M.B.A. degree from the University of Phoenix in 2007.

Marquis played on the 1976 U.S.A. Olympic Team in Montreal, Canada; it was the first time that Women’s Basketball was played at the Olympic Games. The team won the silver medal. Marquis then travelled to Nice, France as one of only a few women, to play professional basketball in the French Federation of Basketball. She competed for an all-French team, Olympique d’Antibes Juan~les~Pins. From 1976-79, Marquis lived in the South of France where she also studied French at L’Universite de Nice in Nice, France. In 1977, Marquis represented Team U.S.A. at the World University Games in Sofia, Bulgaria. There, the U.S.A. National Team earned another silver medal.

Marquis returned to the U.S. to play for the New York Stars and later the New Jersey Gems of the Women’s Basketball League (W.B.L). Marquis’ N.Y. Stars set a league record for wins (28), and won the League Championship, as the first women’s pro team to call Madison Square Garden their home court.

At the same time, Marquis was as a broad color commentator and sports analyst for the NCAA Division I games at Rutgers University and Penn State University, the American Basketball League (A.B.L) and the Women’s National Basketball Association (W.N.B.A.)

Marquis is an 11-time Hall of Famer having been inducted in 2009 to the New York City Basketball Hall of Fame. She is the first woman of color inducted. She is part of the inaugural induction class into the Queens College Athletic Hall of Fame (2012), and has received numerous awards including, the Inaugural Title IX-Trailblazer Award from the Arthur Ashe Institute for Urban Health.
Marquis has served as trustee and representative to the U.N. Commission on the Status of Women, The Queens College Foundation, The Wellesley Centers for Women, The Women’s Sports Foundation, and the New York City Basketball Hall of Fame.
Currently, Marquis serves as the director of community outreach for the School of Business at New Jersey City University and is the regional director for the New Jersey Small Business Development Center (NJSBDC) at New Jersey City University.

Gail A. Marquis was interviewed by The HistoryMakers on May 4, 2017.