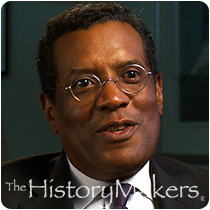 See how Frederick Terrell is related to other HistoryMakers
Donate Now

Investment banker Frederick O. Terrell was born in Chicago, Illinois in 1952. He was raised in La Puente, California. Terrell graduated with his B.A. degree from La Verne University in 1976; after graduation, he was selected by the Coro Foundation for its public affairs fellowship program for 1977. Terrell attended Occidental College, where he earned his M.A. degree in urban studies before enrolling in the Yale School of Management, where he received his M.B.A. in 1982.

Prior to rejoining Credit Suisse in June 2010, Terrell was managing partner and chief executive officer of Provender Capital Group, LLC, a private equity investment and advisory firm based in New York and focused on investments in financial services, consumer and retail products, business services and media. Prior to founding Provender in 1998, Terrell was a managing director with Credit Suisse First Boston, where he began his career as an associate in 1983. In addition to serving as head of the Mortgage Finance department, he gained broad interdisciplinary experience at senior levels within investment banking and fixed income.

Frederick O. Terrell was interviewed for The HistoryMakers on July 14, 2013.

See how Frederick Terrell is related to other HistoryMakers
Donate Now
Click Here To Explore The Archive Today!