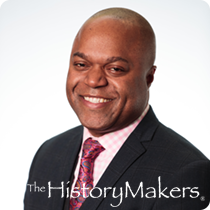 "Think, it's not illegal yet."

Museum president and health researcher Frederic Bertley was born in Montreal, Canada in 1970. His father, Leo Bertley, served as professor of history at Vanier College, as editor of the newspaperAfro-Can, and author of Anglophone Blacks in Quebec; his mother, June Bertley, was the founder and president of the Quebec Task Force on Immigrant Women. Bertley graduated from McGill University with his B.Sc. degree in physiology and mathematics in 1994, and his Ph.D. degree in immunology in 1999. From 2000 to 2003, Bertley served as postdoctoral research fellow in development of an HIV vaccine at the Harvard University Medical School and the Children’s Hospital in Boston, Massachusetts.

In 1993, Bertley was named International Project Manager for the International Development Research Council (IDRC). While there, he provided clinical and technical support for researchers in Sudan, Africa and in Haiti, West Indies. After teaching at Northeastern University, Bertley joined Roxbury Community College in 2006 where he directed the Louis Stokes Alliance Membership Program, the Bridges and the Boston Science Partnership (BSP) programs. He was also recruited by the Massachusetts Institute of Technology to serve as director of the Research Experience for Undergraduates program. In 2008, Bertley was named vice president of the Franklin Institute in Philadelphia, Pennsylvania. He also serves as director of the Franklin Center, director of the Franklin Awards Program, and executive director of the Journal of The Franklin Institute.

Bertley was also the founder and director of the Color of Science Program and the Massachusetts Comprehensive Assessment System (MACSP). He has published research in numerous academic scientific journals including the Journal of Immunology, Nature of Medicine, Diagnostic Microbiology & Infectious Disease, and the Pediatric Infectious Disease Journal.Bertley also co-authored the monographs, Absence of Immunologic Injury Following Hgh titer Vaccination in the Sudan, From West Philly to the White House: The Story of the Franklin Institute’s Partnership for Achieving Careers in Technology and Science (PACTS), and The Power of 3 Months: The Positive Impact of a Basic Science Research Internship of Underrepresented Minority Students.

Bertley served on the board of directors of the Philadelphia Biotech Life Sciences Institute (PBLSI), the Garvey Institute, Inc., and the Dudley Street Neighborhood Initiative. He is a member of the Quebec Black Medical Association and served as a mentor for the Bell Science Foundation. Bertley is a recipient of the Dean’s Service Award from Harvard Medical School and the Dell Inspire 100 World Changers Award. He was also named to the Philadelphia Business Journal’s “40 Under 40” list. Bertley has keynoted or been an invited speaker at numerous venues including the White House, the U.S. Department of Interior, and the United Nations.

Frederic Bertley was interviewed by The HistoryMakers on Jun 18, 2013.