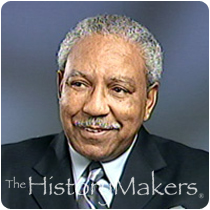 See how Fred C. Matthews, III is related to other HistoryMakers

YMCA executive Fred C. Matthews III was born March 4, 1942, in Baton Rouge, Louisiana. Matthews spent his youth at the Branco-Clark YMCA in Baton Rouge. He attended Valley Park and Perkins Road elementary schools and graduated from McKinley High School in 1958, where he was an honor student and president of the Louisiana State Student Council. Matthews went on to Southern University, where he graduated with a B.A. in sociology in 1962, and received a commission as a second lieutenant in the United States Army. He completed his military service with the rank of captain.

In 1966, after six months as a Chicago eighth grade teacher, Matthews was hired at the YMCA in Chicago as the director of the Youth Employment and Training Orientation Center. In 1971, he was appointed district director of the YMCA’s South District, thus becoming the youngest area YMCA chief. In 1985, Matthews became executive director of the Duncan YMCA. Here he developed programs to fight infant mortality and joblessness, and worked to establish the $3 million Chernin Center for the Arts, with a 220-seat theatre, art gallery, dance studio, town meeting room and other amenities. Matthews was appointed vice president of community relations for the YMCA of Metropolitan Chicago in 1993 and became a member of the corporate staff. Matthews, a Rotarian and a Kiwanian is a member of a number of organizations, including: 100 Black Men, Inc., Southern University Alumni Association, Illinois Arts Alliance Foundation, the Chicago Department of Human Services Committee, Operation PUSH, and Grant Memorial A.M.E. Board of Trustees.

In 2003, the YMCA recognized Matthews’ contributions by naming a new building the Fred C. Matthews III Senior Center in his honor. Still active after thirty-eight years with the YMCA, Matthews and his wife of thirty-nine years, Roslyn, have two daughters.

See how Fred C. Matthews, III is related to other HistoryMakers
Click Here To Explore The Archive Today!