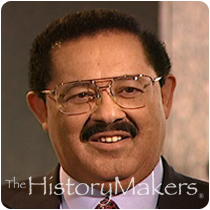 See how Frank K. Ross is related to other HistoryMakers

Businessman Frank Kenneth Ross was born on July 9, 1943, on the island of St. Kitts. He and his siblings moved to the United States after his father’s death to live with an uncle in Yonkers, New York. As a youth, Ross dreamed of becoming a lawyer. However, he opted for what he thought a more practical degree and commuted two hours a day from Yonkers to Long Island University in Brooklyn. There, he took courses in business and accounting while also working as a bookkeeper for a community organization in the Bedford-Stuyvesant neighborhood.

After graduating, Ross took a position at the accounting firm Peat Marwick Mitchell, now KPMG, at its office in New York while continuing at Long Island University to study for his M.B.A. There, he met Cecelia, the woman who would become his wife.

Although already a senior manager, in 1973 Ross decided to start his own practice, Ross, Stewart & Benjamin. Government programs of that era were attempting to encourage more minority-owned businesses and Ross felt that the time was right to start his own. Ross, Stewart & Benjamin garnered a significant client base. However, Ross was lured back to KPMG in 1976 and within a year promoted to partner, transferring to the Washington, D.C., office in 1979.

Today, Ross serves as the KPMG managing partner for the Mid-Atlantic and managing partner of the Washington, D.C., office. He is dedicated to maintaining KPMG’s market share. Ross also serves as an instructor at Howard University, teaching a class on auditing. He remains active on numerous community boards, including the National Association of Black Accountants (which he helped found); the Washington, D.C. Urban League; Corcoran Gallery of Art; the United Negro College Fund for Washington and Baltimore; and the Hoop Dreams Scholarship Fund.

See how Frank K. Ross is related to other HistoryMakers
Click Here To Explore The Archive Today! 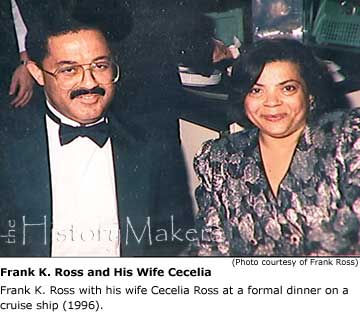 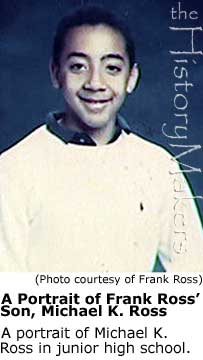