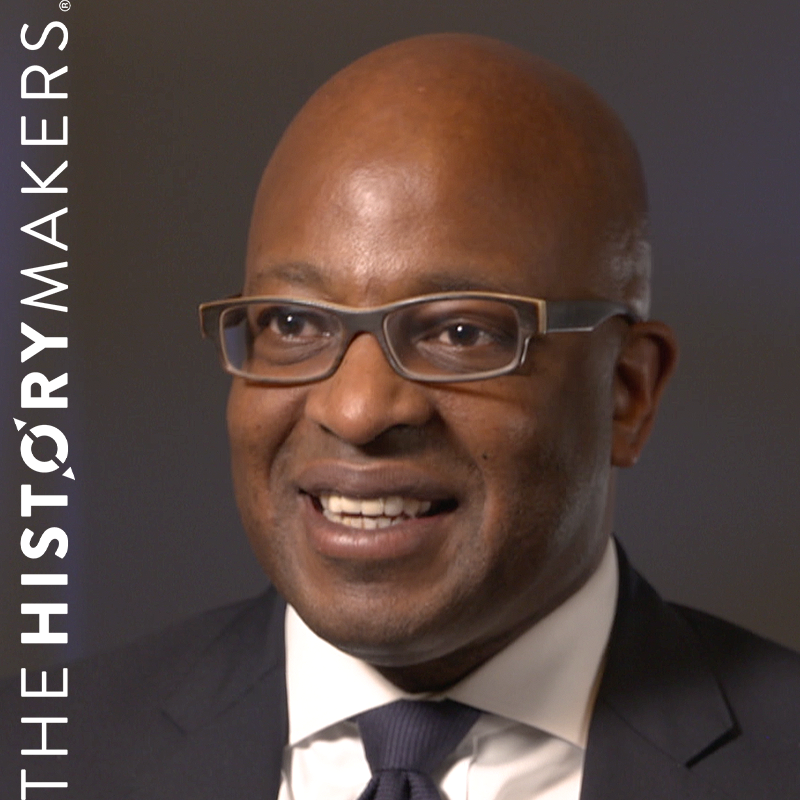 Favorite Color:
Blue
Favorite Food:
Lobster
Favorite Time of Year:
Fall
Favorite Vacation Spot:
St. Barts
Favorite Quote:
The Privilege Of A Lifetime Is Being Who You Are

Favorite Color:
Blue
Favorite Food:
Lobster
Favorite Time of Year:
Fall
Favorite Vacation Spot:
St. Barts
Favorite Quote:
The Privilege Of A Lifetime Is Being Who You Are

See how Frank Cooper, III is related to other HistoryMakers

Marketing executive Frank Cooper, III was born on May 8, 1964 in San Francisco, California. He received his B.S. degree from the University of California, Berkeley in 1986 and his J.D. degree from Harvard Law School in 1990.

After graduation, Cooper joined Motown Records and later served as senior vice president of business affairs for Def Jam Recordings in 1993. He then became senior executive for Tommy Boy Records in 1996, before co-founding Urban Box Office Networks, Inc. in 1999. In 2001, Cooper served as vice president of interactive marketing at America Online, Inc., where he managed the music sales and marketing programs. Cooper later joined Pepsi-Cola North America (PCNA) as vice president for multicultural marketing and strategic initiatives. The following year, he was named chief marketing officer for PepsiCo’s sparkling beverage division where he led the re-launch of trademark Pepsi. In 2010, he served as PepsiCo’s chief marketing officer of global consumer engagement and was charged with leading brand marketing strategy, brand development, and brand activation for global platforms across all beverages, including SoBe and Aquafina. In addition to leading the development of the consumer engagement model, Cooper led global media, global entertainment and digital engagement. In 2013, under Cooper’s direction, PepsiCo launched the record label-services division Green Label Sound. The following year, he served as executive producer of Beats of the Beautiful Game. In 2014, Cooper served as an independent director of Burlington Stores, Inc. and Burlington Coat Factory Investments Holdings, Inc. Later, in 2015, Cooper was hired as chief marketing officer and chief creative officer at Buzzfeed, Inc; and, in 2017, he became chief marketing officer at BlackRock, Inc.

Cooper won Gaming Partner of the Year by Mi-6 Gaming in 2007; and, in 2010, was recognized as one of Fast Company’s 100 Most Creative People in Business. He also received the Legend Award at the ADColor Awards. In 2014, Cooper was awarded the Raymond J. McGuire Harvard University Alumni Award for Distinguished Professional Achievement. Cooper also served as the chairman and director of the American Advertising Federation from 2009 to 2011.

Frank Cooper, III was interviewed by The HistoryMakers on March 28, 2019.

See how Frank Cooper, III is related to other HistoryMakers