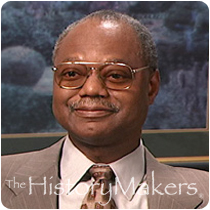 Business executive Frank Clark is the perfect example of an American success story. He was born on September 3, 1945, in Chicago, Illinois. He married his wife Vera at age twenty, and was hired in the mailroom of ComEd, an Illinois electric company, shortly thereafter. In 1967, Clark was drafted into the military and his career at ComEd was interrupted by a tour of duty in Vietnam. His first son, Frank M. Clark III was born later that year.

Clark would return to ComEd after his tour of duty and go on to a distinguished career with ComEd. Clark has served as Senior Vice President of Corporate and Governmental Affairs, Western Division Commercial Manager, Public Affairs Manager, and Senior Staff Attorney to both the Rate and Regulatory Affairs Departments, in addition to holding several positions in the Purchasing Department. In 2001, Clark was appointed to the position of Senior Vice President of Exelon Energy Delivery (ComEd's parent company) and President of ComEd. Clark holds degrees in law and business administration, both from Chicago's DePaul University.

He serves on the Board of Directors for the Metropolitan Family Services, Governor State University Foundation, the Illinois State Chamber of Commerce, and the Chicago Legal Clinic. He also serves on the board of the Adler Planetarium. Clark and his wife, Vera, who he met in grade school, reside in Hazel Crest, Illinois and have two sons.