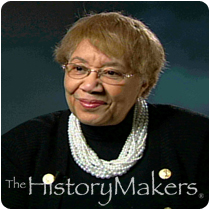 Carroll has spent much of her adult life teaching in the Chicago education system and training future teachers and principals. From 1954 to 1999, she taught the Professional Advancement Courses for the Chicago Public Schools. Carroll has taught at the City Colleges of Chicago, Governor’s State University, Chicago State University and Roosevelt University. In the early 1970s, she worked at DePaul University with the Model Cities Program while serving as the Director of the Inter-Institutional Teacher Training Program for Early Childhood Education. In this capacity, Carroll trained instructors from eleven universities in childhood education. She has worked as an elementary school counselor and in the public school system’s mental health programs. From 1979 to 1984, Carroll served as Coordinator of the school system’s Evaluation and Diagnostic Unit. From 1984 to 1992, she was the Director of Staff Development for Special Education Teachers. In this position, Carroll trained parents to advocate for their special needs children. She was the parent coordinator of Cook County Juvenile Detention Center from 1992 to 1995, where she created a interactive parent program and lobbied successfully to change the school’s name to Nancy Jefferson Alternative School (named for a local social advocate) because the name of the school hurt students’ opportunities when they attempted to transition into gainful employment.

In 1999, Carroll became the president of the Carroll Family Foundation, a scholarship foundation for students with special needs. Carroll started the foundation with her own money and serves as the board director. That same year, she joined the SAS program at DePaul University where she mentored principals in effective instructional practices and administrative leadership. In 2000, she became the vice-president of Group 17 Education Consultants, Inc., and in 2003, Carroll was appointed to the Board of Trustees of the University of Illinois. As a newly appointed trustee, Carroll re-stimulated the debate over the use of Chief Illiniwek as the University of Illinois mascot. Due to Carroll’s patient effort, the University of Illinois board officially retired the image of Chief Illiniwek in March 2007.

Carroll married Floyd Carroll on April 22, 1956, in Chicago at Progressive Baptist Church. They have two adult children, Floyd, Jr., and Francesca, and are members of the Greater Bethesda Baptist Church.

See how Frances Graves Carroll is related to other HistoryMakers
Donate Now
Click Here To Explore The Archive Today!