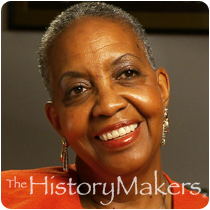 See how Frances Frazier is related to other HistoryMakers

Education consultant and life coach Frances Curtis Frazier was born on May 19, 1948 in Philadelphia, Pennsylvania to Patsy Thompson Curtis, a homemaker and William Henry Curtis, a building manager. In 1966, she graduated from Little Flower Catholic High School. After high school, Fran applied to become a Vista Volunteer, the national forerunner of the current Vista Program. She was in one of the first groups of this national initiative for young people to become part of “The Great America”. She studied at John Hopkins University and worked with maternal deprivation babies. Later she was sent to Portsmouth, Virginia in a small community to help residents who were being harassed by the Klu Klux Klan. Fran taught peanut farmers how to read and write. It was after her Vista experience that with the help of a local school principal she entered Norfolk State University and in 1972 received her B.S. degree in special education. Fran received a Master/Doctoral fellowship to attend The Ohio State University and graduated with her M.A. degree in learning disabilities and behavioral disorders in 1973.

In 1986, Frazier was a special education teacher for Columbus City Schools, working primarily with seventh and eighth graders. After working as a special needs coordinator for the National Assault Prevention Center of Columbus, Ohio from 1985 to 1987, Frazier was hired to the executive staff for the Director of the Ohio Department of Human Services. While at the Department of Human Services, Frazier worked for the Office of Minority Family Preservation and Prevention Services and served as an administrator for cultural initiatives. She has also served as an education and school climate consultant for universities, colleges, professional associations, school districts, and social service agencies across the country. Since 1979, Frazier has established programs, conducted retreats and given presentations on issues of sisterhood, spiritual development and self-empowerment.

In her current role, Frazier is the principal investigator of “Rise Sister Rise,” a research study on trauma and resiliency in African American girls that was developed in partnership with the Ohio Department of Mental Health and women’s organizations across the state. Additionally, Frazier serves as a senior associate for Everyday Democracy, an organization that promotes public dialogue and civic engagement in communities and workplaces.

Frazier has received numerous awards and commendations for her work including the Black Family Award from the Columbus Urban League for co-creating “Black Family Week” in the state of Ohio; the “Woman of the Year” Award from the Eldon W. Ward YMCA; the “Women Making A Difference Award for Community Leadership” from the Ohio Department of Health; from Triedstone Missionary Baptist Church she received the “Remarkable Women’s Award” for her work in the Columbus community. She has also garnered the YWCA “Woman of Achievement Award” in Racial Justice and recognition from the State of Ohio for engaging state employees to participate in workplace dialogues on racism. Frazier has received the “Golden Rulers Award” from the Columbus, Ohio School Board. She is also a recipient of the “Living Faith” Award from the Columbus Metropolitan Area Church Council.

Frances Curtis Frazier was interviewed by The HistoryMakers on April 6, 2012.

See how Frances Frazier is related to other HistoryMakers
Click Here To Explore The Archive Today!