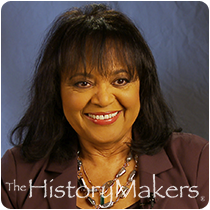 See how Fran Harth is related to other HistoryMakers

Harth began her career as an editor for IBM in Endicott, New York. She also acted in a feature film and on stage with the Susquehanna Players. After moving to Chicago, Illinois, Harth was hired as a secondary English teacher for the Chicago Board of Education and worked as a freelance editor for the University of Chicago Press. Harth served as associate producer for the nationally syndicated “It’s Academic” television quiz show produced by Channel 5 (NBC) in Chicago. When the series was picked up by Channel 2 (CBS), she continued with the series and also worked on various specials at WBBM Channel 2.

Harth went on to become vice president of program development and syndication for national productions at Window To The World Communications, Inc. (WTTW/Chicago). While there, she worked to developed programming for national public television and served as the executive producer of the show “David Broza at Masada;” the documentary series, “Retirement Revolution;” and the reality show “Retirement Revolution: The New Reality.” Harth also created and served as the executive producer of two national PBS shows: “The Americas’ Family Kitchen with Vertamae Grosvenor,” and “MindBody Connection with Les Brown.” She authored the book, The Americas’ Family Kitchen with Vertamae Grosvenor (1996); wrote opinion articles for ELANCYL magazine. In addition, Harth has been invited to lecture on topics including feminism and women’s rights at the Colorado Black Women for Political Action, as well as other civic groups in Chicago.

Harth has served on the board of directors of the Midwest Women’s Center (1984-1986) and the Newhouse Architectural Foundation. She has been involved with the Milan Committee of the Chicago International Sister Cities Committee and the Film Center Committee of the School of the Art Institute of Chicago. Harth’s professional affiliations include the National Academy of Television Arts and Sciences, American Women in Radio and Television, and the National Association of Black Journalists.

Frances J. Harth was interviewed by The HistoryMakers on August 23, 2013.

See how Fran Harth is related to other HistoryMakers