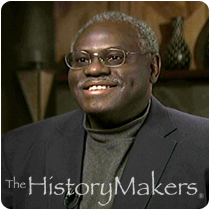 See how Forrest Crawford is related to other HistoryMakers
Donate Now

Civic leader and educator Forrest Cleon Crawford was born on August 19, 1952 to Hazel and Dorris Crawford in Tulsa, Oklahoma. Crawford attended and graduated from Weber State College with his B.A. degree in sociology in 1975. Afterwards, he earned his M.S.W. degree from the University of Utah in 1977.

Crawford was hired as a clinical counselor in psychological services at Weber State University, and in 1983, he began working as a career and vocational education instructor. Crawford earned his education specialist degree from Brigham Young University in 1985 and then his Ph.D. in education in 1990. He went on to establish the Utah Coalition for the Advancement of Minorities in Higher Education in order to promote quality education for people of color and the disadvantaged.

In 1991, Crawford co-founded and served five years as Governor Michael Leavitt’s appointed chairman of the Martin Luther King, Jr. Human Rights Commission. He was also instrumental in the establishment of the official holiday celebrating the birthday of Martin Luther King, Jr. in Utah. Then, in 1992, he served as the first assistant to the President for Institutional Diversity. Crawford was one of eight recipients for the highest national honor given by the Federal King Commission and the King Center for Nonviolent Social Change. He has presented at Skakuza, South Africa; Bordeaux, France and Canterbury, England and was also invited to address the Danish University College and Education. Crawford is on the board of directors of the Disability Law Center, the Human Rights Education Center of Utah and the Utah Humanities Council.

Crawford was interviewed by The HistoryMakers on March 14, 2008.

See how Forrest Crawford is related to other HistoryMakers
Donate Now
Click Here To Explore The Archive Today!