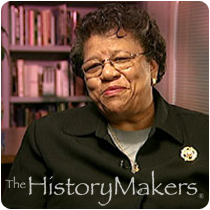 See how Floretta Dukes McKenzie is related to other HistoryMakers

Floretta McKenzie has a distinguished record of more than forty years of service to education as both a school administrator and educational consultant. Born in Lakeland, Florida, on August 19, 1935, she went on to earn her B.A. degree from D.C. Teachers College in 1956 and her M.Ed. degree from Howard University in 1957 before beginning her career as a teacher in Maryland. McKenzie later rose through the Washington, D.C., school system and became deputy superintendent in 1973. In 1974, she returned to Maryland and was hired as area assistant superintendent for Montgomery County Public Schools. McKenzie worked for the U.S. Department of Education as a deputy assistant secretary in the Office of School Improvement, managing fifteen federal education discretionary programs and initiatives. She also served as the U.S. delegate to the UNESCO General Conference in Yugoslavia.

In 1981, McKenzie returned to D.C. Public Schools as the superintendent of schools and chief state school officer. In this capacity, she oversaw the country's twenty-first-largest school system, managing 89,000 students, 13,000 employees and a $400 million budget. Under her leadership, the district established several public and private partnerships to improve instructional programs and district management. McKenzie also oversaw the implementation of the Five-Year Computer Literacy Plan, one of the country's first long-range programs for integrating technology into the public school curriculum.

See how Floretta Dukes McKenzie is related to other HistoryMakers
Click Here To Explore The Archive Today!