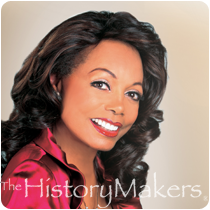 See how Florence LaRue is related to other HistoryMakers

Singer Florence LaRue was born on February 4, 1942 in Plainfield, New Jersey to Sara Dell LaRue and James Harris LaRue. Her family soon moved to Glenside, Pennsylvania, where she began studying dance and violin. The family moved once more to Los Angeles, California where eventually LaRue earned her A.A. degree from Los Angeles City College, and then received her B.A. degree in education from California State College in Los Angeles.

During the mid-1960s, LaRue met photographer Lamont McLemore after she won Miss Grand Talent after participating in the Miss Bronze California Contest. Lamont offered LaRue a place in a musical group that he was forming called the Versatiles. LaRue joined the group along with McLemore, Marilyn McCoo, Billy Davis and Ron Townson. The Versatiles obtained a record deal with the assistance of Motown record producer Marc Gordon, who introduced them to producer Johnny Rivers, and helped develop their image and changed their name to The Fifth Dimension. In 1966, The Fifth Dimension released their first single, “I’ll Be Lovin’ You Forever.” In 1967, the group recorded a follow-up single, written by John Phillips and entitled “Go Where You Wanna Go,” which charted at #16 on the Billboard charts. They then recorded their first top ten hit, entitled “Up-Up and Away,” written by songwriter Jimmy Webb. Their album of the same title went gold, and the group was nominated for a Grammy Award for Best New Artist. The song, “Up-Up and Away,” went on to win a number of Grammy Awards, including Record of the Year for 1967. The following year, The Fifth Dimension released a cover of Laura Nyro’s “Stoned Soul Picnic,” which reached #3 on the pop charts and #2 on the R&B charts, the highest-charting single released by them at the time. It ultimately sold over two million copies. In 1969, the group released “California Soul,” which reached #25 on the Billboard charts. Their biggest break came with the release of “Age of Aquarius.” This song spent six weeks on top of the charts and sold more than three million copies. In 1970, The Fifth Dimension were signed to Bell Records and released a controversial single entitled “The Declaration,” which was followed by the album Portrait, which became the group’s third album on the Billboard Top 50. In 1971, the group released Love’s Lines, Angles & Rhymes, which went gold. In 1973, the group released Living Together, Growing Together and in 1974, released Soul & Inspiration, the last record the group would record for Bell Records. In 1975, the group released their final album with all of the original members, entitled Earthbound. McCoo and Davis left the group to pursue their own recording careers, although the group continued to record as The Fifth Dimension without the duo.

In the late 1970s, The Fifth Dimension released “Love Hangover” with LaRue singing lead. In 1981, LaRue joined other members from the group in Fats Waller’s Ain’t Misbehavin. In 1995, The Fifth Dimension released an album entitled In The House which featured “Say (U Love Me),” a track penned by LaRue. LaRue remains active today as an inspirational speaker and lecturer.

Florence LaRue was interviewed by The HistoryMakers April 16, 2007.

See how Florence LaRue is related to other HistoryMakers
Click Here To Explore The Archive Today!