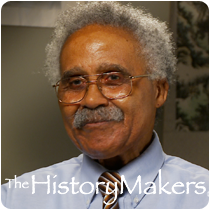 See how Fillmore Freeman is related to other HistoryMakers

After a brief stint working with a private firm, Freeman served as a National Institutes of Health Fellow at Yale University in 1964. The following year, he became an assistant professor of at California State University at Long Beach. During this time, the school expanded its chemistry and biochemistry programs to accommodate the growing interest in these fields. In 1973, Freeman became a professor of chemistry at the University of California at Irvine, where he continued to work for the duration of his professional career. With his background in physical organic chemistry, Freeman has conducted research on a number of topics, including organic synthesis pathways and reactions, particularly those of cyclic compounds. His research has also relied heavily on the use of computational chemistry. In 1991, Freeman was the recipient of a grant from the National Institutes of Health to study the biochemical properties of allicin, a component of garlic chemistry. Freeman’s work has had a strong emphasis in isolating, researching and synthesizing compounds with anti-tumor and anti-viral properties.

Freeman has received much recognition for his work in the field of physical organic chemistry. He was named an Alexander von Humboldt Foundation Fellow and a Fulbright-Hayes Senior Research Fellow. He also had the opportunity to serve as a visiting professor at the Max Planck Institute of Biophysical Chemistry and the University of Paris. Author of numerous academic papers, Freeman was identified as the third most highly cited African American chemist in a 2002 report by Oklahoma State University.

Fillmore Freeman was interviewed by The HistoryMakers on April 29, 2011.

See how Fillmore Freeman is related to other HistoryMakers
Click Here To Explore The Archive Today!