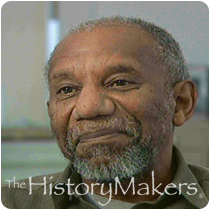 Dr. Felton James “Tony” Earls is a professor of social medicine at Harvard Medical School and Professor of Human Behavior and Development at the Harvard School of Public Health. He is noted for his pioneering research on violent crime reduction in urban neighborhoods, the causes and pathways of juvenile delinquency, the consequences of children’s exposure to community and family violence and the psychological impacts of HIV/AIDS pandemic on children in sub-Saharan Africa.

Earls was born in January 1942 in New Orleans, Louisiana – the oldest of four born to Ethlyn and Felton Earls II. In 1953, his family moved to Memphis, Tennessee, where his father worked for the U.S. Postal Service, and where Earls graduated from Booker T. Washington High School.

A 1963 graduate of Howard University with a degree in chemistry – four years later, Earls received a medical degree from Howard University School of Medicine. Being interested in the science of medicine rather than caring for sick people, he pursued post-graduate training in neurophysiology at the University of Wisconsin.

Earls left Wisconsin to do a residency in pediatrics at New York Medical College. He went on to study adult psychiatry at Massachusetts General Hospital, public health at the London School of Hygiene and Tropical Medicine, and child psychiatry at the Hospital for Sick Children in London. He joined the faculty of Harvard Medical School in 1974, became Professor of Child Psychiatry and Director of the Division of Child Psychiatry at Washington University in St. Louis in 1981 and returned to Harvard University in 1989.

Earls’ Chicago research project, “The Project on Human Development in Chicago Neighborhoods,” funded by the National Institute for Mental Health and the MacArthur Foundation, is perhaps his signature work – a ten year, $51 million study. It was a large-scale epidemiological project examining causes and consequences of children’s exposure to community and family violence. Earls and his team of researchers studied the physical health, educational and occupational achievement, and the social relationships of children from birth to adulthood. He gave detailed attention to the social and physical characteristics of the neighborhoods in which they lived and the schools they attended. The project represents one of the largest and most comprehensive (over 8,000 people in 343 Chicago neighborhoods) of child and youth development ever undertaken. Theories drawn from his finding derailed older theories of community violence and crime. His “collective efficacy” theory puts emphasis on a practice of having neighborhood residents solving the problems of crime, violence and substance abuse. In another project in Tanzania, East Africa, Earls used his Chicago study methods to analyze the role of community attitudes and perceptions about HIV/AIDS and its impact on children.

Earls is the Director of the Harvard South Africa Fellowship Program at Harvard University, established to address the needs of South Africans denied access to advanced education by apartheid. Another major and significant activity in his life is serving on the Board of Directors of Physicians for Human Rights at the National Academy of Sciences.

Earls met Mary Carlson, who was studying neurophysiology at the University of Wisconsin when he was doing the same. They were married in Boston in 1971 and are the parents of two daughters, Leigh, born in 1967, and Tanya, born in 1974.

Earls has been devoted to scientific research with a commitment to social change in the spirit and memory of Dr. Martin Luther King, Jr.

See how Felton James Earls is related to other HistoryMakers
Donate Now
Click Here To Explore The Archive Today!