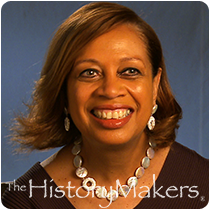 "If You Don't Have Anything Positive To Say, Keep Quiet."

After graduation, from 1974 to 1976, Ferguson taught eighth grade English for two years in Michigan City, Indiana. She began her advertising career in 1978 at the Leo Burnett Company and progressed from an account management trainee to account executive. While there, Ferguson coordinated marketing and advertising campaigns for several Pillsbury Company products, including the refrigerated dinner rolls, the sweet rolls, the turnovers, and the slice’n bake cookies. Ferguson then served as senior account executive at Bozell & Jacobs, Inc. where she managed the Alberto Culver account and oversaw the national rollout of their premier line, Mrs. Dash and Alberto Mousse. In March of 1984, Ferguson joined Burrell Communications Group as an account supervisor. She was promoted to vice president in 1986 and became an account director in 1988. After being promoted to management supervisor in 1992, Ferguson was named client service director in 1993 and managed the company’s accounts with the Procter & Gamble Company and the McDonalds Corporation. In addition, she served as co-chair of the new business committee for Burrell Communications Group. In November of 1997, Ferguson became the managing partner of account management and operations. Later, Ferguson was appointed as co-CEO of Burrell Communications Group.

Ferguson has been active on several boards, including the Perspectives Charter School, the Chicago Advertising Federation, The Chicago Network, the North Shore Chapter of the Links, Inc., the American Association of Advertising Agencies – Purple Forum, and the Economic Club of Chicago. She was appointed to the advisory board at Turner Patterson, LLC. In addition, she co-chaired the advertising book benefit for the University of Chicago Laboratory Schools.

Fay Ferguson was interviewed by The HistoryMakers on August 27, 2013.