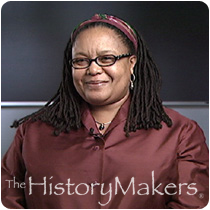 See how Evelynn M. Hammonds is related to other HistoryMakers

Professor and science scholar Evelynn M. Hammonds, Ph.D., was born in 1953 in Atlanta, Georgia; her mother was a schoolteacher, and her father was a postal worker. Hammonds grew up in Atlanta, Georgia, where she attended public school. In 1976, Hammonds received two undergraduate degrees – one from Spelman College in physics, and the other in electrical engineering at Georgia Tech. In 1980, Hammonds went on to earn her master’s degree in physics from Massachusetts Institute of Technology (MIT).

After Hammonds earned her M.S. degree, she began a five-year career as a software engineer; finding this unchallenging, she decided to return to the academic world. In 1993, Hammonds received a doctorate degree in the history of science from Harvard University; she then was hired by MIT to teach, where she rose to the position of associate professor. While at MIT, Hammonds was the founding director of the MIT Center for the Study of Diversity in Science and Technology. Hammonds returned to Harvard University in 2002 to accept a joint appointment as professor of the history of science and African American Studies; she later became the fourth black woman to receive tenure within the faculty of Arts and Sciences at Harvard University. Hammonds's major field of research and writing at MIT and Harvard focused on the ways in which science has examined questions about human variation through the concept of race in the United States from the 17th Century to the present.

Between 2003 and 2004, Hammonds was named a Sigma Xi Distinguished Lecturer by the Scientific Research Society. Hammonds has been a Visiting Scholar at the Max Planck Institute for the History of Science in Berlin, and a Fellow in the School of Social Science at the Institute of Advanced Study at Princeton University; in 2003, she was appointed to the Board of Trustees of Bennett College in Greensboro, North Carolina.

Hammonds published articles and books on the history of disease, race and science, African American feminism, African American women and the epidemic of HIV/AIDS, and analysis of gender and race in science and medicine.

See how Evelynn M. Hammonds is related to other HistoryMakers
Click Here To Explore The Archive Today!