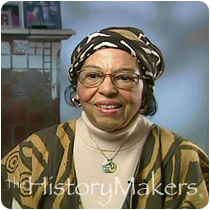 Evelyn Freeman Roberts was born on February 13, 1919, to Gertrude Evelyn Richardson and Ernest Aaron Freeman. Roberts grew up in Cleveland, Ohio and performed music at local social events with "The Freeman Family," a group that included her brother, Ernie, and father. She also began performing locally in a classical ensemble. Roberts skipped school one day to watch Duke Ellington at Cleveland's Palace Theater and met Ellington after the performance. His music made a huge impact on Roberts, who decided at that moment that she wanted to be a bandleader. She was a bright student, and graduated ahead of her grade in 1936.

After auditioning for a scholarship at the Cleveland Institute of Music, Roberts decided to attend the Institute. Although she had less training than many of the students, Roberts had perfect pitch and was a talented sight-reader, and managed to work her way through school performing. Around 1938, she formed her own swing band, and their performances included a Cleveland Institute dance party. Roberts graduated from the Institute of Music in 1941, and as an African American, she saw no openings in classical music, so she began to focus more on her band's work.

Her group, now titled the Evelyn Freeman Swing Band, had begun performing locally, including broadcasts on Cleveland's WHK radio station and performances for the local NBC affiliate. When World War II arrived, a Navy recruiter convinced the group to join the Navy as a whole, which prevented the draft from splitting the ensemble. As a result, they had become the first all-African American Navy band, were stationed near Peru, Indiana and were nicknamed the "Gobs of Swing." Roberts herself was not recruited, although she would be later as an 'honorary member,' but in the meantime she continued performing but with a smaller ensemble, which included such future jazz stars as Ben "Bull Moose" Jackson.

In 1945, after the war ended, Roberts left Cleveland after meeting Thomas S. Roberts, her future husband. Roberts met her husband after he sought her for some musical arrangements, although it took some time before they would become romantically involved. The couple soon moved to New York City, where Roberts received significant critical accolades for her vocal arrangements for the Wings over Jordan gospel group. She also began working with Vaudeville acts, then began performing in upscale hotels in New York City. In the meantime, much of her band, now discharged from the military, went on to significant success, including members who would go on to perform with Dizzy Gillespie and Lionel Hampton.

The Evelyn Freeman Orchestra would reform in the late 1950s with new members, and released Let’s Make a Little Motion. In 1960, she released Sky High, a new album, and in 1962 released Didn’t It Rain. In the late 1960s, she moved to California and masterminded a group called The Young Saints, and in 1970, the Young Saints performed for Richard Nixon in the White House. Roberts continued to perform over the years, including a lengthy stint as a composer for television, although she would often remain in the background as an arranger, including work for Bing Crosby, Dean Martin and Louis Prima. She was the co-founder and chief administrator for the Young Saints Scholarship Foundation.

See how Evelyn Freeman Roberts is related to other HistoryMakers
Donate Now
Click Here To Explore The Archive Today!