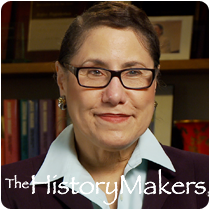 African American history professor Evelyn Brooks Higginbotham was born in Washington, D.C. in 1945. Her father, Dr. Albert Neal Dow Brooks, was the secretary-treasurer for the Association for the Study of Afro-American Life and History and editor of the organization’s Negro History Bulletin; her mother, Alma Elaine Campbell, a high school history teacher who later served as the supervisor for history in the Washington, D.C. public school system. Higginbotham received her B.A. degree in history from the University of Wisconsin in 1969 and her M.A. degree in history from Howard University in 1974. She went on to receive a certification in Archival Administration and Records Management in 1975 from the U.S. National Archives, and a certificate in quantitative methodology in Social Science in 1977 from the Newberry Library in Chicago. She went on to earn her Ph.D. degree in history from the University of Rochester in 1984.

Higginbotham is the author of Righteous Discontent: The Women’s Movement in the Black Baptist Church: 1880-1920 (1993). She also updated and revised the late John Hope Franklin’s African American history survey From Slavery to Freedom: A History of African Americans (2010). Higginbotham served as the editor-in-chief of The Harvard Guide to African-American History (2001), and was co-editor, with Henry Louis Gates, Jr., of the expanded, twelve-volume The African American National Biography (2012).

The Association for the Study of African American Life and History (ASAALH) honored Higginbotham with the Carter G. Woodson Scholars Medallion in 2008 and the Living Legacy Award in 2012. She was awarded the Joan Kelly Memorial Prize in Women’s History from the American Historical Association and the Letitia Woods Brown Memorial Award from the Association of Black Women Historians. In 2011, she received an Honorary Doctorate of Humane Letters degree from Howard University. Higginbotham is a Fellow of the American Philosophical Society, and was chosen by Harvard University to be a Walter Channing Fellow in 2003.

Evelyn Brooks Higginbotham was interviewed by The HistoryMakers on April 25, 2013.

See how Evelyn Brooks Higginbotham is related to other HistoryMakers
Donate Now
Click Here To Explore The Archive Today!