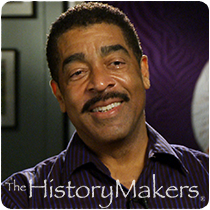 Favorite Color:
Blue
Favorite Food:
Lobster, Shrimp Tacos
Favorite Time of Year:
Spring, Summer
Favorite Vacation Spot:
Orlando, Florida
Favorite Quote:
Aging Is Not For Sissies/ Be Gentle With Yourself, Enjoy Life/ Every Day Above Ground Is A Good One/ If You Don't Believe Me, Miss One-All From His Father.

Favorite Color:
Blue
Favorite Food:
Lobster, Shrimp Tacos
Favorite Time of Year:
Spring, Summer
Favorite Vacation Spot:
Orlando, Florida
Favorite Quote:
Aging Is Not For Sissies/ Be Gentle With Yourself, Enjoy Life/ Every Day Above Ground Is A Good One/ If You Don't Believe Me, Miss One-All From His Father.

See how Evan Forde is related to other HistoryMakers
Donate Now

Oceanographer Evan B. Forde was born on May 11, 1952 in Miami, Florida and received his early education in the Miami Public School System. Forde earned his B.A. degree in geology with an oceanography specialty and his M.A. degree in marine geology and geophysics from Columbia University in the City of New York.

In 1973, Forde became an oceanographer at the National Oceanic and Atmospheric Administration’s (NOAA) Atlantic Oceanographic and Meteorological Laboratory (AOML) in Miami, Florida. He was the first African American scientist to participate in research dives aboard a submersible and completed successful dive expeditions in several submarine canyons utilizing three of these vessels. Forde remains one of only a handful of African American oceanographers in the United States. Forde has conducted research in a number of oceanographic and meteorological disciplines and has been a versatile pioneer in scientific research. His current research includes using satellite sensors to observe and analyze atmospheric conditions related to improving hurricane forecasting and improving intensity prediction models.

Forde has also worked extensively in the area of science education. He created and taught a graduate level course on tropical meteorology for the University of Miami's INSTAR program for seven years. Forde also created and teaches an oceanography course for middle school students called Oceanographic Curriculum Empowering Achievement in Natural Sciences (OCEANS) that has been featured in nationally distributed periodicals and web sites. He originated and authored the “Science Corner” in Ebony Jr! magazine for three years, and later created a Severe Weather Poster for NOAA that was distributed nationally to fifty thousand teachers.

Forde has spoken to more than fifty thousand students during career days and other presentations. Forde has also been the subject of the museum exhibits, including the Great Explorations section of the Staten Island Children's Museum, and has been featured in numerous periodicals, text books and many other publications on prominent African American scientists. Forde has also served as a PTA President, Scoutmaster, youth basketball coach, Sunday School and youth church teacher, church webmaster, neighborhood Crime Watch chairman, official photographer for the South Florida Special Olympics and in numerous other roles that have fostered youth and improved his community.

Forde has a host of career and civic awards that include being named NOAA’s Environmental Research Laboratories EEO Outstanding Employee, South Florida’s Federal Employee of the Year (Service to the Community), a U.S. Congressional Commendation, NOAA Research Employee of the Year and in 2009 he had days named in his honor by both the City of North Miami and Miami-Dade County, Florida. In 2010, the Miami-Dade County School Board issued a proclamation honoring Forde’s contributions to students citing his ongoing efforts to enhance public education. Forde was named as the recipient of the NOAA Administrator (Under Secretary of Commerce) Award for 2011 for his outstanding communication of NOAA science, sharing the joy of science with students, and helping to foster a science-literate society.

Evan B. Forde was interviewed by The HistoryMakers on June 3, 2013.

See how Evan Forde is related to other HistoryMakers
Donate Now
Click Here To Explore The Archive Today! 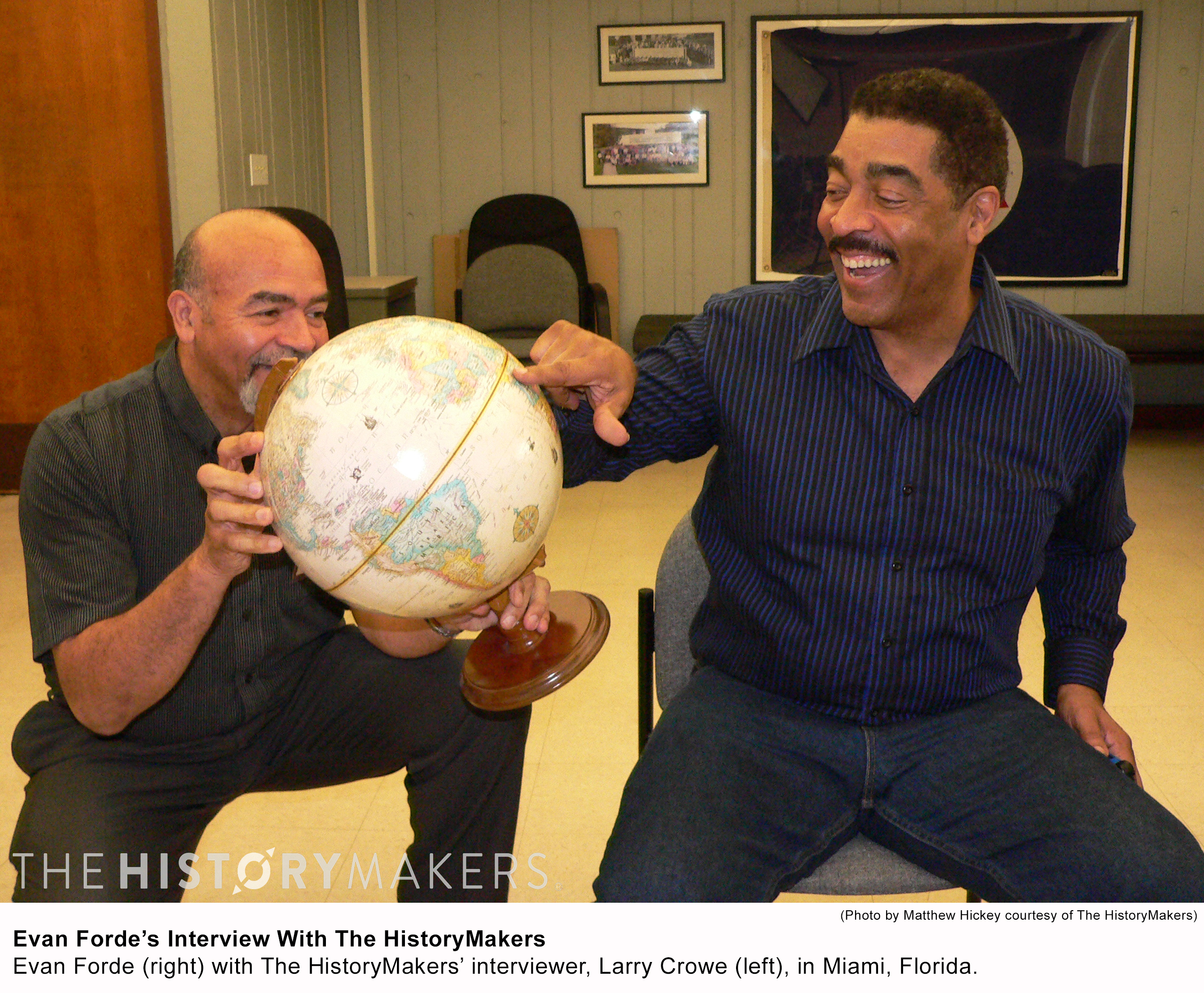