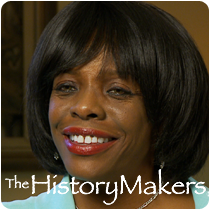 See how Eunice Trotter is related to other HistoryMakers

Trotter was the first African American woman to serve as an editor for the Indianapolis Star, the largest daily paper in the State of Indiana. She purchased the Indianapolis Recorder in 1987 and served as editor-in-chief and publisher until 1991. Trotter also worked as a reporter for the Stockton Record and the New York Post. She has held several other editorial positions, including zones editor for Florida Today, associate editor at The News-Sentinel, and courts editor with The Palm Beach Post. In 2005, Trotter founded Mary Bateman Clark Enterprises, where she has worked to incorporate the history of African Americans in Indiana into mainstream U.S. history. She became a communications specialist for American Senior Communities in 2011.

Trotter served on the Board of the Indiana Journalism Hall of Fame. In addition to numerous other awards, she was recognized for her professional accomplishments by the Indianapolis, Indiana Chapter of the Young Women’s Christian Association with their Salute to Women of Achievement Award.

Trotter is working on publishing a book, Mary Bateman Clark: A Woman of Color and Courage.

Eunice Trotter was interviewed by The HistoryMakers on April 7, 2013.

See how Eunice Trotter is related to other HistoryMakers
Click Here To Explore The Archive Today!