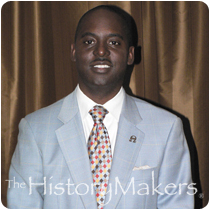 "Since Greatness Is Achievable, Then Excellence Is Not An Option."

Evans established the design company Etu Evans, LLC in 1993, focusing on jewelry and hats. However, he continued a career outside of fashion and in 1996, earned his M.S. degree in applied behavioral science from Columbia University, graduating with a 4.0 GPA. Evans moved to Europe, where he worked in Italy and France as a behavioral therapist. In a chance meeting on the streets of Paris, Evans met the publicist for Gucci, and decided to leave his job in order to focus on design.

The scope of Etu Evans, LLC has broadened to include accessories and, especially, shoes. Evans became known for his fashion forward footwear designs, which have been worn by celebrities including Tyra Banks, Halle Berry, Erykah Badu, Queen Latifah, Beyoncé Knowles, Danny Glover and Chris Tucker. His work has been featured at New York’s Fashion Week and covered in a broad range of international fashion magazines.

In 1998, Evans founded the Solesville Foundation. This organization collects, repairs, and redistributes new and used shoes and is frequently cited for the effectiveness it had during the Hurricane Katrina disaster in New Orleans, Louisiana. Solesville also coordinated a youth AIDS walk and a shoe repair apprenticeship program for underprivileged youth. Evans’s philanthropic efforts have earned him the Burger King Everyday Heroes National Campaign Honor and the “Citizen of the Year” award from his fraternity, Omega Psi Phi Fraternity, Inc., and the National Association of Social Workers. Etu was also chosen by Ebony magazine as one of its “30 Leaders of the Future.”

Etu Evans was interviewed by The HistoryMakers on August 30, 2007.