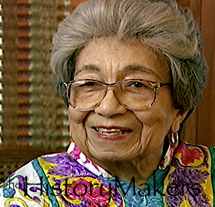 See how Etta Moten Barnett is related to other HistoryMakers

Singer and community leader Etta Moten Barnett was born on November 5th, 1901, in Weimar, Texas, the only daughter of Reverend Freeman F. Moten and Ida Norman Moten. Before attending the University of Kansas Etta Moten married Lieutenant Curtis Brooks and they had three children. Unhappy in her marriage Moten chose to attended college and divorce her husband, while caring for her children on the weekends.

After her graduation from the University of Kansas, Etta Moten set out for New York City and more specifically, Broadway. She went on to achieve stardom in the theater, performing in legendary Broadway productions of Sugar Hill, Lysistrata and Porgy and Bess, joining the ranks of African America's most elite talent. Etta Moten also appeared in many films including Flying Down to Rio, with Fred Astaire and Ginger Rogers.

In 1934 Etta Moten married Claude Barnett, founder of the Negro Associated Press. Their marriage also represented a change in the scope of Barnett's influence. Barnett and her husband began to focus on more philanthropic efforts. Together they enjoyed a special bond, traveling during the late 1950s as members of a U.S. delegation to Ghana. She also represented the United States at the independence ceremonies of Nigeria, Zambia and Lusaka. After her husband's death in 1967, Etta Moten Barnett became more active in domestic affairs, including working with the Chicago's DuSable Museum and Lyric Opera. Her many distinctions included honorary degrees from Spelman College, Lincoln University and the University of Illinois; an award for her Contributions to American Music by Atlanta University; and the establishment of a scholarship in her name for minority students at the Chicago Academy for the Performing Arts.

See how Etta Moten Barnett is related to other HistoryMakers
Click Here To Explore The Archive Today! 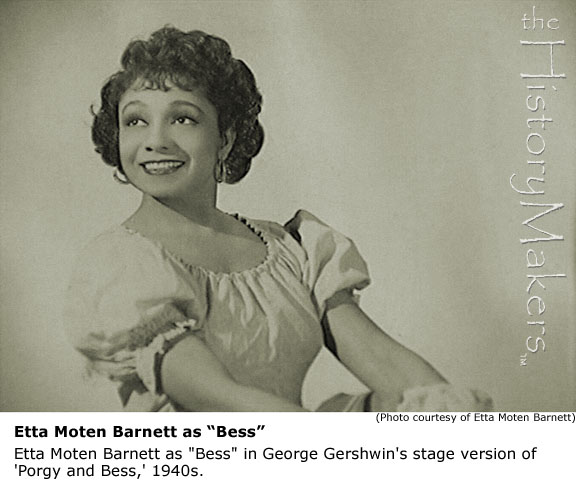 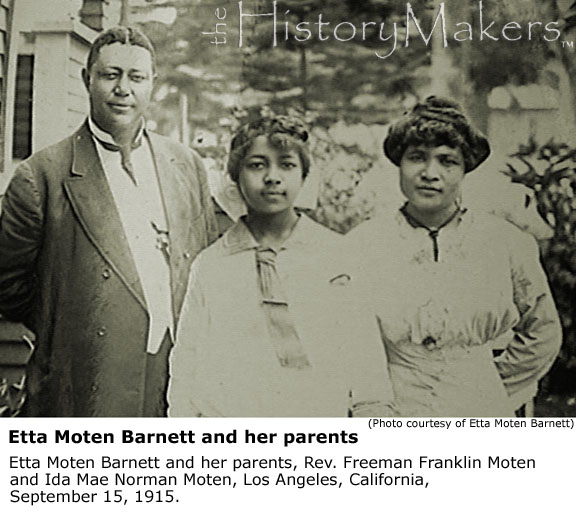